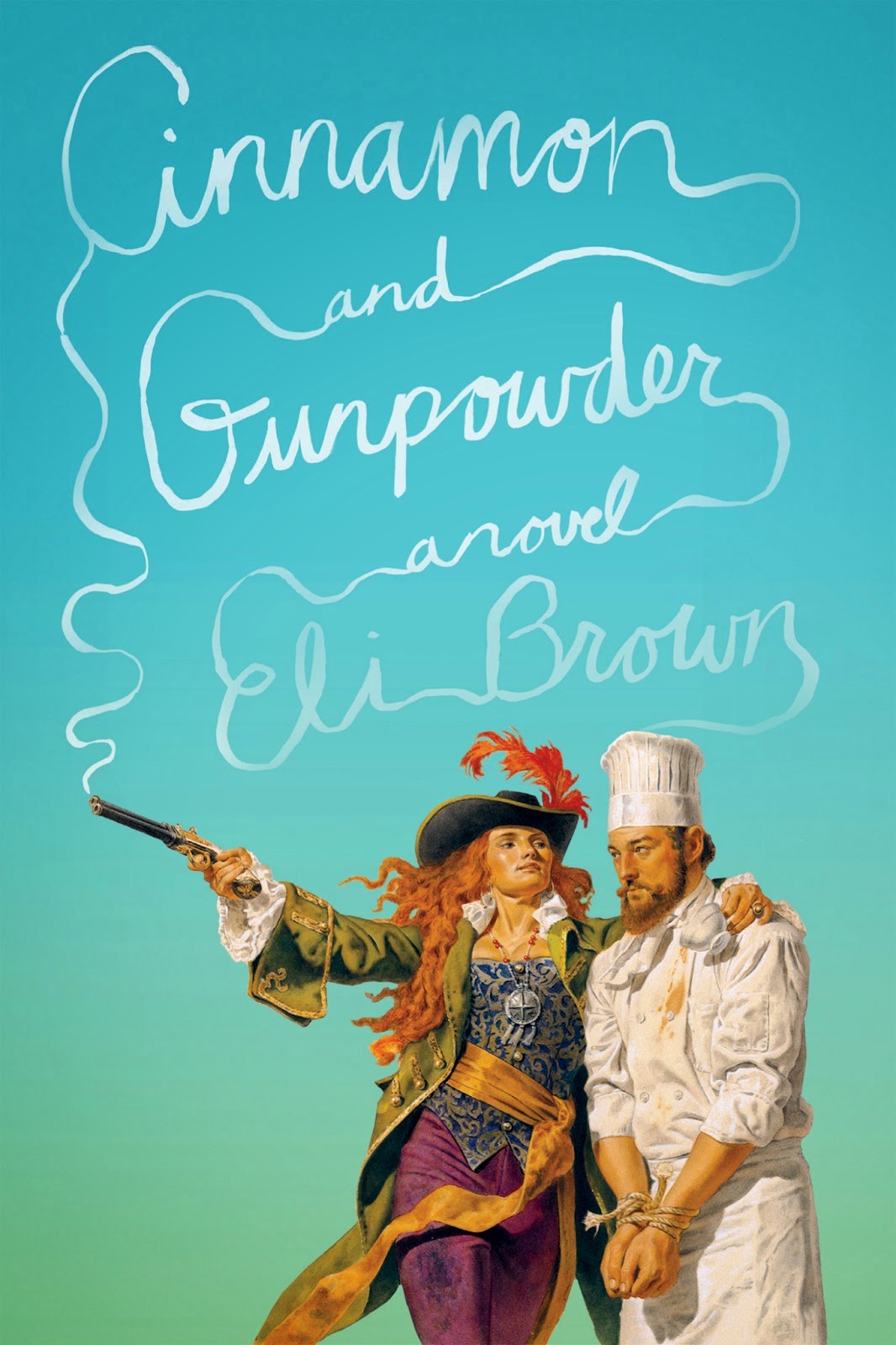 First of all, what you must know about me is that not only am I a giant Foodie, I have a special place in my heart for pirates. When I had read only that this book was about a cook captured on a pirate ship, I read no further into the synopsis before I picking it up. I wasn't disappointed.

(not going to lie, I tweeted Gordon Ramsey half way into this book asking him if he'd read it and demanding that the show Master Chef have a challenge using only ingredients that could be found on a pirate ship. He didn't tweet me back :( )

Orphaned and left in a Jesuit orphanage, he was trained up to be an master chef by the French. He earns a place in the household of a one Lord Ramsey, a tycoon in the Pendleton Trading Company. (aka, but unknown to Wedgewood, an tyrant manipulating the use of Opium on China.) But one day, the famous and fearsome Hannah Mabbot storms the house, and takes a minute to sample his cooking amidst the havoc she's wreaked on the household. On the way out, she decides Wedgewood is coming with them.

This is the deal: Wedgewood is to prepare a gourmet meal each Sunday for Mabbot in exchange for his life. There can be no repeated meals, and the cuisine must be exquisite.

Wedgewood finds himself terrified and alone among a group of disgusting, heathen pirates. Not to mention no proper kitchen tools or pots, and a larder stocked with not much more than course flour, potatoes, some limes and a few other odds and ends. (oh, and plenty of rats.) No butter, no eggs, no milk... a cooks worst nightmare.

Cinnamon and Gunpowder takes it's form as journal entries, written by Wedgewood in his secret diary. Each week as his skills in the kitchen are tested beyond anything he's ever been required to do, he finds himself mired deeper and deeper into the pirate ship The Rose, and her crew. The fearsome, redheaded pirate captain holds fair court, but is savage and unforgiving in her punishment. Wedgewood finds himself torn by his religion and upbringing, and a new understanding of the world he once lived in, as Mabbot and his experiences educate him each week.

Honestly, if it were up to me, I would have had this entire novel set in the kitchen. Wedgewood explains food, cooking, and eating in magnificent passages, transforming food itself into romance and religion. I found myself completely engrossed in his weekly struggle to create a menu and in the description of its cooking. I got a little annoyed when I had to break from those moments and read about the main plot of this book: Mabbots pursuit of the Brass Fox, and the undoing of the Pendleton Trading Company. This was mixed in with several failed escape attempts by Wedgewood, many fearsome storms, bloody and gruesome battles, and the gross, hilarious, and heartwarming events that made up the life of a pirate crew. I loved Wedgewood's personal journey as he allows his experiences to change him, yet finds the best parts of him to remain true to.

Mabbot and Wedgewood are wonderfully developed, fully fleshed out characters. By the end of the book I felt that I knew them each and their mind well. I even found myself quite attached to some of the secondary characters. I am not familiar with the opium wars, but I imagine that there was a fair amount of historical research that went into this book as well.

This isn't a romanticized pirate story. It's as I suspect pirating actually was, more or less. It wasn't a story built for happy endings, or pleasant outcomes—but it's captivating, tantalizing and really drew me in. I highly recommend it, especially if you're a foodie or love to cook.

I chose Ginger Beer as the drink, since after the crew is forced to throw all their possessions overboard to help the ship speed away from danger (this included all the wine) Wedgewood took to creating some drinks for his weekly meal with Mabbot. His only truly successful drink was a Ginger Beer. It later became his signature drink. If you like a good strong bite, I suggest Americana brand Ginger beer. Bundaberg is a close second, in my preference. But if you're not a true ginger drinking fan, it's probably best to stick with something simple on the tongue like Canada Dry.