Today's book signing with Graeme Simsion was so fun!

Since Graeme already came to launch The Rosie Project in December, today's signing was a little different than the usual. There was a $5 admission fee to cover the costs of the reception to celebrate the release of the paperback copies, which included fruit parfaits, pastries, and champagne!

I wish I had taken more pictures of it, but we were completely distracted.

The moment we walked in, Graeme greeted us, shook our hands, noticed I had his book, and signed it on the spot! He had a pocket full of pens in a variety of colors, and he let you pick which color you wanted him to sign in. (I, of course, chose Red because it's my favorite, and A.R. Braithwaite had hers signed in Green) 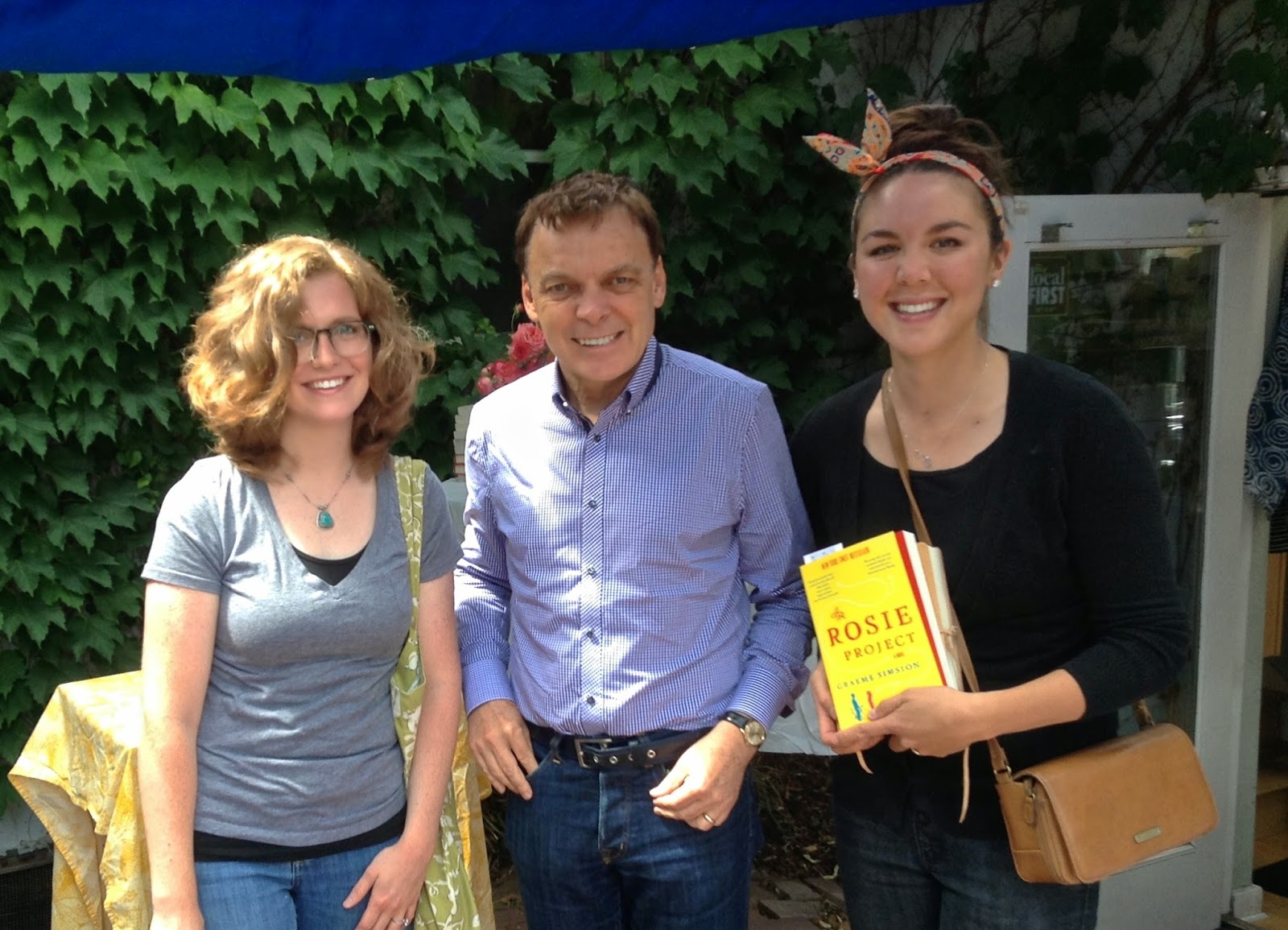 I'd have to say that Graeme Simsion is one of the most delightful people I've ever met. He was so cheerful, had a wonderful sense of humor, and of course it was all topped off with a great Australian accent! He announced the sequel to The Rosie Project, which is called  The Rosie Effect, and that Sony optioned The Rosie Project to be made into a film.

The coolest part is that since Graeme is also a screen writer, he got to write the screen play for The Rosie Project! How cool to have him adapt his own book into film. (I suspect it will be very accurate to the book. haha) 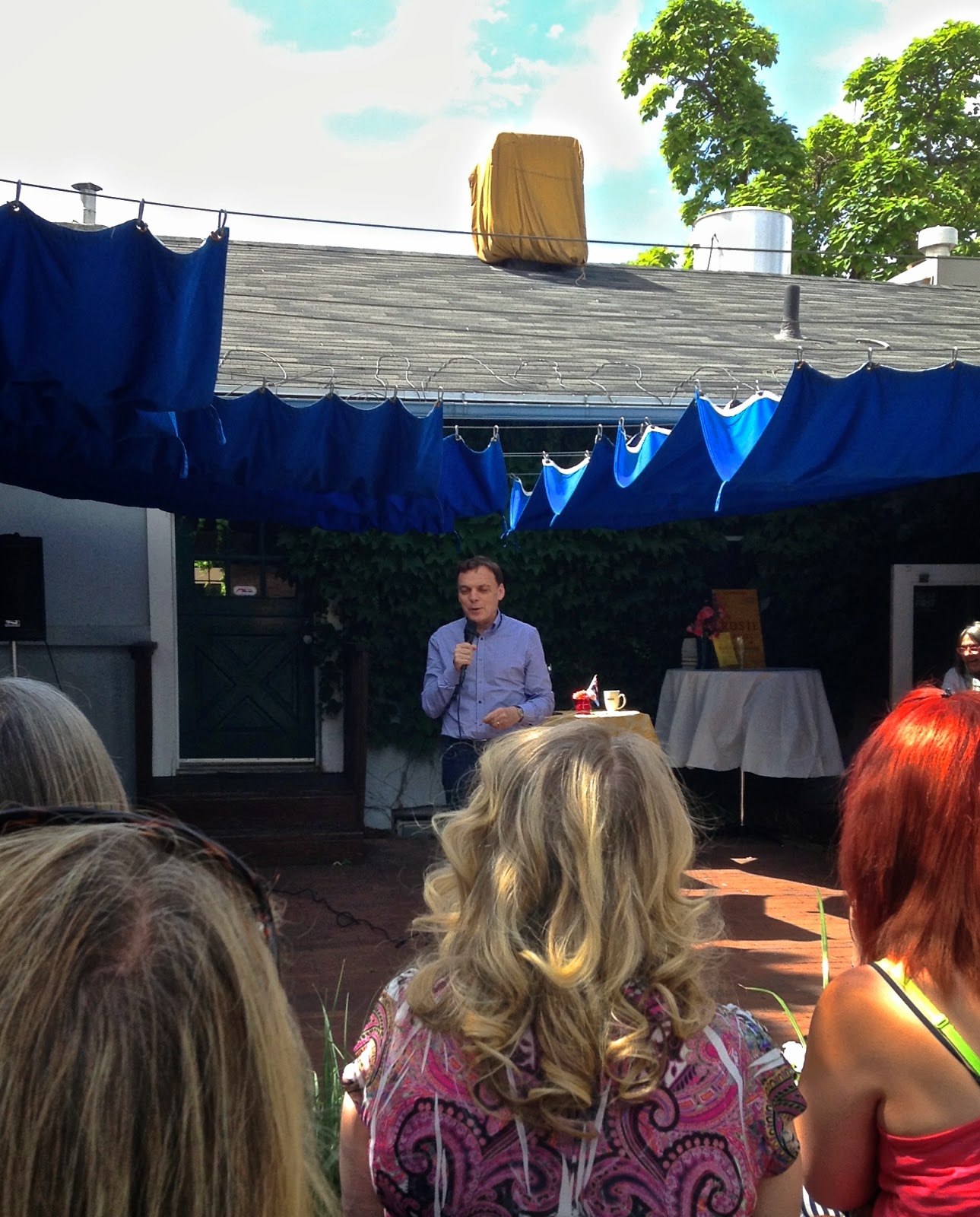 Finally, Graeme read some of his work for us, and had everyone giggling and laughing. I really think he ought to read for his audio books. A.R. Braithwaite mentioned that he read it just as she imagined character Don Tillman to sound.

Afterwards, he signed more books while people mingled and enjoyed the refreshments.

We are so glad that he loved the King's English and Salt Lake City fans enough to come back.