"You can be yourself and you can be kind of a nerd and maybe not the wittiest... Emi isnt’ really funny, she’s not necessarily graceful, maybe not the prettiest girl at the party, but she knows who she is and she’s brave. You don’t have to have it all to make a difference." -Mandy Voisin 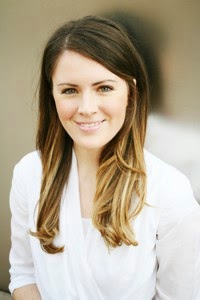 The many variations of the Bible show that there have    always been disputes over what is considered correct canon. But it was the long-running debate over decanonizing the book of Esther that caught author Mandy Voisin’s attention.
“I always loved the women in the Bible, and Esther especially had always kind of spoken to me,” said Voisin. “I was actually reading my scriptures one day and I read the story of Esther and thought, this would be such a great novel.”
Voisin began doing research on the story of Esther and found that there had been debates in some religions about taking the book of Esther out of the Bible because there was no explicit mention of God.
“The debate really fascinated me,” Voisin said. “They said, ‘You know, Esther was a hero, sure, but this is just a fairy tale.’ ”
It was the mention of “fairy tale” that especially inspired Voisin, who had never thought of the story that way.
“If you go back and read it, there are all kinds of parts I wouldn’t include for young readers, but it really was a fairy tale in the middle of the Bible,” Voisin said. “That is what kind of made me want to pursue this storyline and retell this story in some way.” 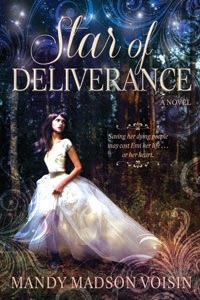 Voisin’s debut novel, “Star of Deliverance” follows Emi, a healer in training, born of the Savian race. For centuries, the Savians have been treated as slaves and inferiors by the Brockans. When a mysterious disease begins threatening Savian villages, Emi takes it upon herself to find a cure — a cure that she is confident lies within the Brockan palace walls.
By mistake, Emi lands herself in a “Queen in Training” program, along with 20 other Brockan girls, all hoping to be chosen by Prince Corban to become the next queen. Emi suddenly finds herself in a life of luxury that makes it almost easy to forget home. But when she discovers there might be something far more sinister behind the spreading disease, Emi must risk her life, family and love to stop it.
“I like the idea of being in a situation where you’re the only one who can do something, and if you don’t act, then people will be affected by that,” Voisin said. “I think on a small scale that happens to all of us.”
The story of Esther wasn’t all that inspired her. Voisin, who initially had no desire to publish her work, began writing “Star of Deliverance” as an after-work reprieve from the dull work-related writing she did during her job. Voisin would pass around the latest draft to her family, and they began noticing something familiar about the scenes she depicted.
“They kept saying, ‘You know, I swear we had this conversation.’ Or ‘you totally took this character from our cousin!’ ” Voisin laughed. “I actually had a friend who edited my work later and he said, ‘Man, Prince Corban looks a lot like your husband, doesn’t he?’ ”
Voisin said that her writing is inspired mostly by her personal relationships, even though she didn’t realize it at the time. “Once people pointed it out, it was a little embarrassing, but I think that is what any author does — you pull things from your own life, whether it’s explicit and you can see it in the writing or not. I think it’s impossible not to.”
Voisin finally finished the novel and was satisfied to have proven to herself that she could do it. It was only after her father threatened to submit her manuscript to publishers if she didn’t, that she sent it to a few regional publishers. Six weeks later, Voisin received an acceptance letter from a publishing house.
“I would be lying if I didn’t say that I am scared for it to come out,” said Voisin. “It was my own story for such a long time. There was a moment of elation, like, ‘I did it. They want to publish it. It’s good enough. And then the fear kind of set in soon after.”
“It took me a lot of editing and soul-searching to realize I’m proud of the book,” Voisin said. “The story of Esther is such a powerful story. I hope that people find (‘Star of Deliverance’) uplifting. I hope that it encourages them to be a little braver. Emi isn’t really funny, she’s not necessarily graceful, maybe not the prettiest girl at the party — but she knows who she is and she’s brave. You don’t have to have it all to make a difference.”

Congratulations to Melissa Zenteno for winning this giveaway!

Today we are giving away a copy of Mandy Voisin's fairytale novel, "Star of Deliverance" which was released on September 9, 2014. Enter below: a Rafflecopter giveaway
Posted by Folded Pages Distillery at 1:29:00 PM