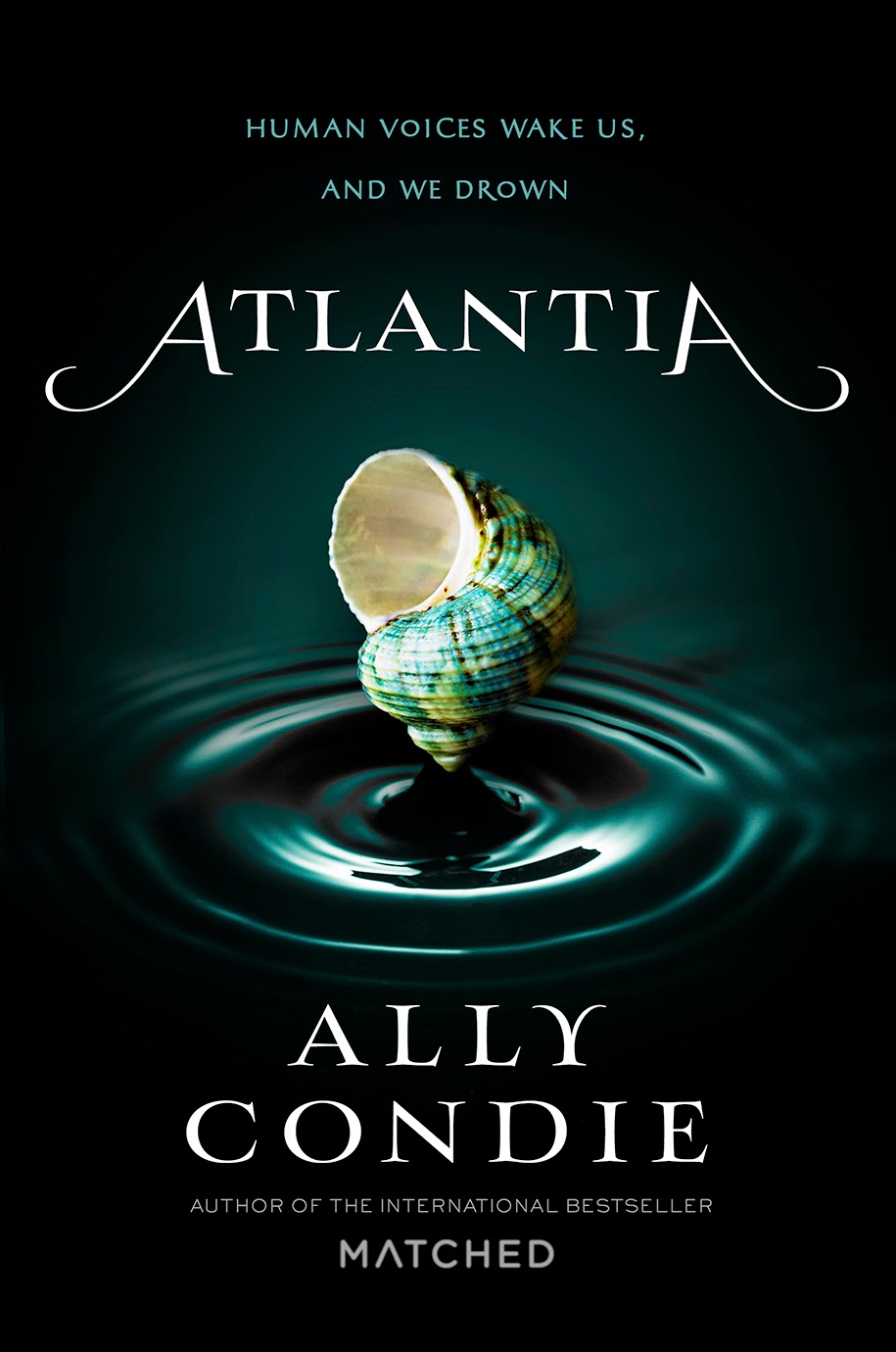 I picked up Atlantia this week when I noticed it on the Lucky Day shelf at the library. A.R. Braithwaite recommended the Matched series to me earlier this year, and it put Ally Condie on my radar. I'd heard about Atlantia coming out, but I didn't know a thing about it when I opened it up to read it.

Not knowing a single thing about the book before hand made this book an even better read. Everything surprised me in the best ways. Not only did everything surprise me, but the plot itself was shrouded in mystery and I found myself turning the pages pretty quickly to find out what the heck was going on! ha.

So for that reason, this review will be a little difficult. I have since read the synopsis out online and realize that many people are going to go into this read knowing much more than I will tell here. But if I had my choice, this is all people would know about it before going into it:

Rio Conwy and her twin sister, Bay, have finally come of age where they will choose whether they will stay Below in their city Atlantia, or go Above. The great Divide happened long ago, when the world Above became destroyed and polluted. The air was bad to breathe, the land barely livable. So the city of Atlantia was created. People from Above sent down their loved ones, their children, to a city they created under the ocean, where the air would be pure and they could live a privileged and safe life. Those Above would live a shorter and unhealthy life, but would toil and work to provide food and other resources to those Below.

Rio has always wanted to go Above. She never wanted to stay Below. She loves Atlantia, but not like her mother did, or her sister does. But something unexpected happens at the choosing ceremony that throws Rio's life on a course she didn't intend. Bitter, devastated and angry over the turn of events in her life, Rio finds herself unwillingly, yet necessarily following the advice of a dangerous mentor. Her Aunt. The Aunt that everyone suspects killed Rio's mother.

But that isn't all. Things are not  what they may have seemed Below and Above. The relationship between the two worlds has become strained, and there is an evil among them that only Rio has the power to stop.

Okay. That's all I want to say about it. ha.

I have been thinking over how I felt about this book. It's fairly short, the world isn't complex, and the story is pretty simple—driven completely by the mystery. Who killed Rio's mother? Why? What is going on between the Above and Below? Who is causing the trouble? Can Rio trust her Aunt?

After I closed the book, I decided that the simpleness of the story was nice. I enjoyed trying to figure out what was going on, and finding that my theories were wrong. ha.

I also liked the romance in this book. It was so understated and simple that for some reason, it felt more real and deep to me than books that give romance more time and detail.

This is not very spoilerish, but in some ways it could be. So I'm hiding the text (just highlight if you want to read it) It's about the way one part of the book ended.
Having said that, the ending also tied up a little too nicely and a little too easily. The main problem I had with the ending is that we do not know what happened to the "bad guys". I spent an entire book wrapped up in the mysteries and the horrors of what was happening (what the bad guys were doing) and then the book just ends. There were some really really awful things that happened and I wanted some retribution. I wanted to know what happened to the bad guys. Instead, they just kind of disappear and the book ends with it's Happily Ever After. Totally unsatisfying for me. Also, there were a few places where Condie seemed to be setting up characters for something more and those never came to fruition.  That ended up being a little disappointing. Although, I'm not sure if I was just seeing ghosts because of all the mystery and guessing.

This is ultimately a book about the relationship between sisters. "There are somethings that you can only tell a sister, and some things you can only ask a sister to do."

My advice is to not read the synopsis online or in the book before reading Atlantia and to take it as  a dystopian book with a cool spin on Atlantis. I think that will help readers avoid some of the disappointments I've seen other reviewers have in the book. (they made too many assumptions that were wrong.) I felt like my reading experience was far more enjoyable because I didn't have expectations and that made the plot all the more mysterious to me.

I chose salted caramel hot chocolate as the drink for this book. Something salted because the majority of this book takes place under the ocean, and something hot because deep down in the ocean is a cold place to be.
Posted by Folded Pages Distillery at 11:07:00 AM