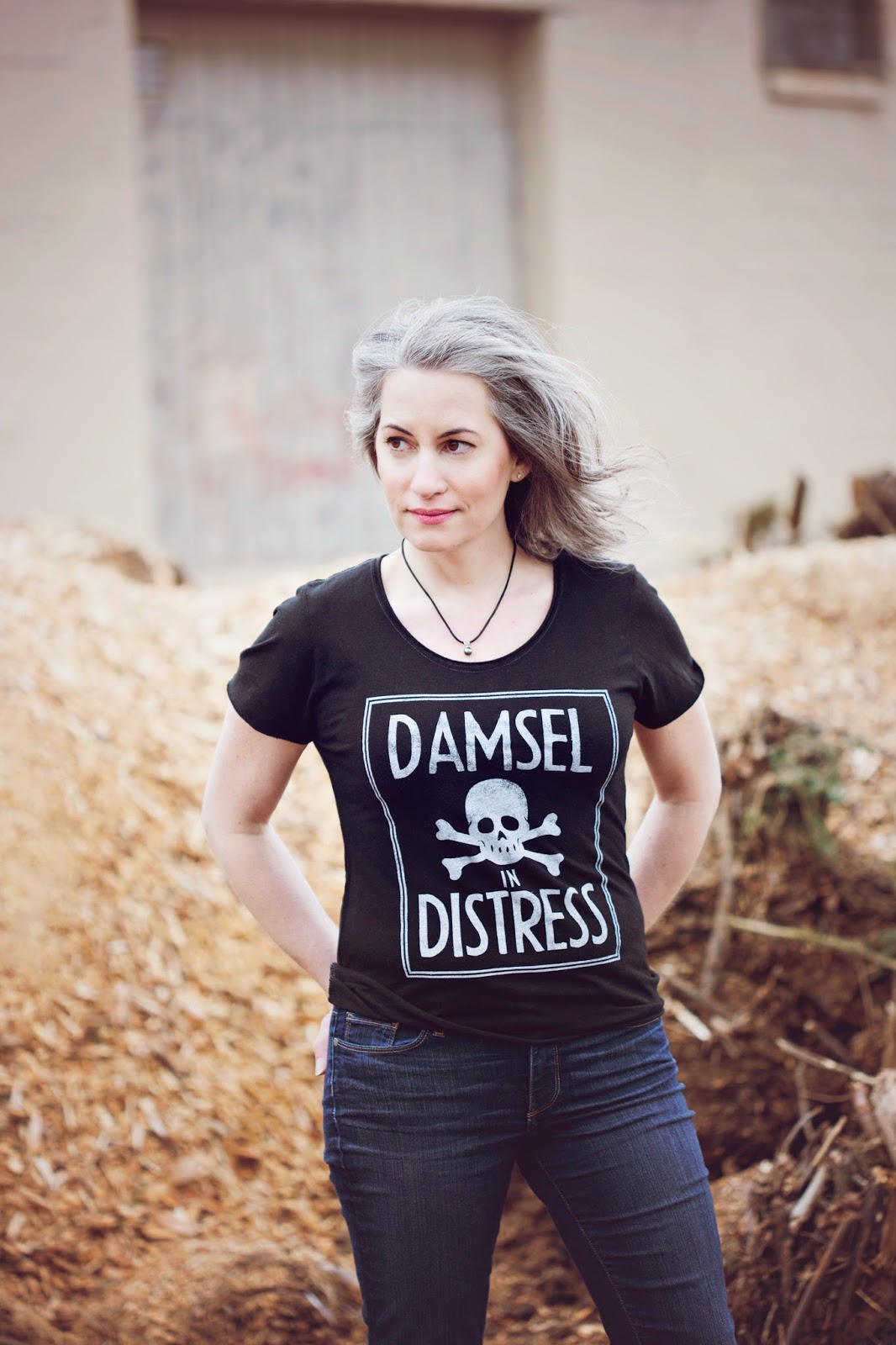 "All I knew was that I had written the story of my heart, and I didn’t know what genre it was, but had 100% faith that I had something that would resonate with readers." -Jessica Topper

As a music lover who works for her husband’s music management company, it’s probably not a surprise that author Jessica Topper describes her first book coming to her as a lullaby.

“I started plotting (Louder than Love) in my head,” Topper said. “It was sort of like a lullaby I would tell myself to relax.”

Like Louder than Love, Topper's second book, The Dictatorship of the Dress, which hit shelves January 6, tells a tale of love and rock and roll that marries romance and women's fiction in a way that will satisfy fans of both genres.

"I tend to go more towards women’s fiction and a little more literary,” Topper said. “When it came to writing, I didn’t know what I was writing but I just knew I loved romance. Romance isn’t everything to me, I just always think there is a love story in everything. That kind of evolved into, ‘you’re a romance writer!’ I know my books are not typical.”

Classifying Topper's stories, however, doesn't seem so important when readers delve into them. Topper's ability to build deep, interesting characters and histories and form fun, passionate and some times frustrating relationships might be enough for any reader just looking for a satisfying read, and a happy ending.

“I am definitely a sucker for happily ever after," Topper laughed. "I can read a book that ends abruptly or ends with a question. When it comes to my own writing, I can’t imagine a book that doesn’t have it working out in the end for these two people you are rooting for. So that is probably the biggest draw for me. I love banter, I love witty people playing off one another. I think that to me is very flirtatious, even more than the physical stuff.” 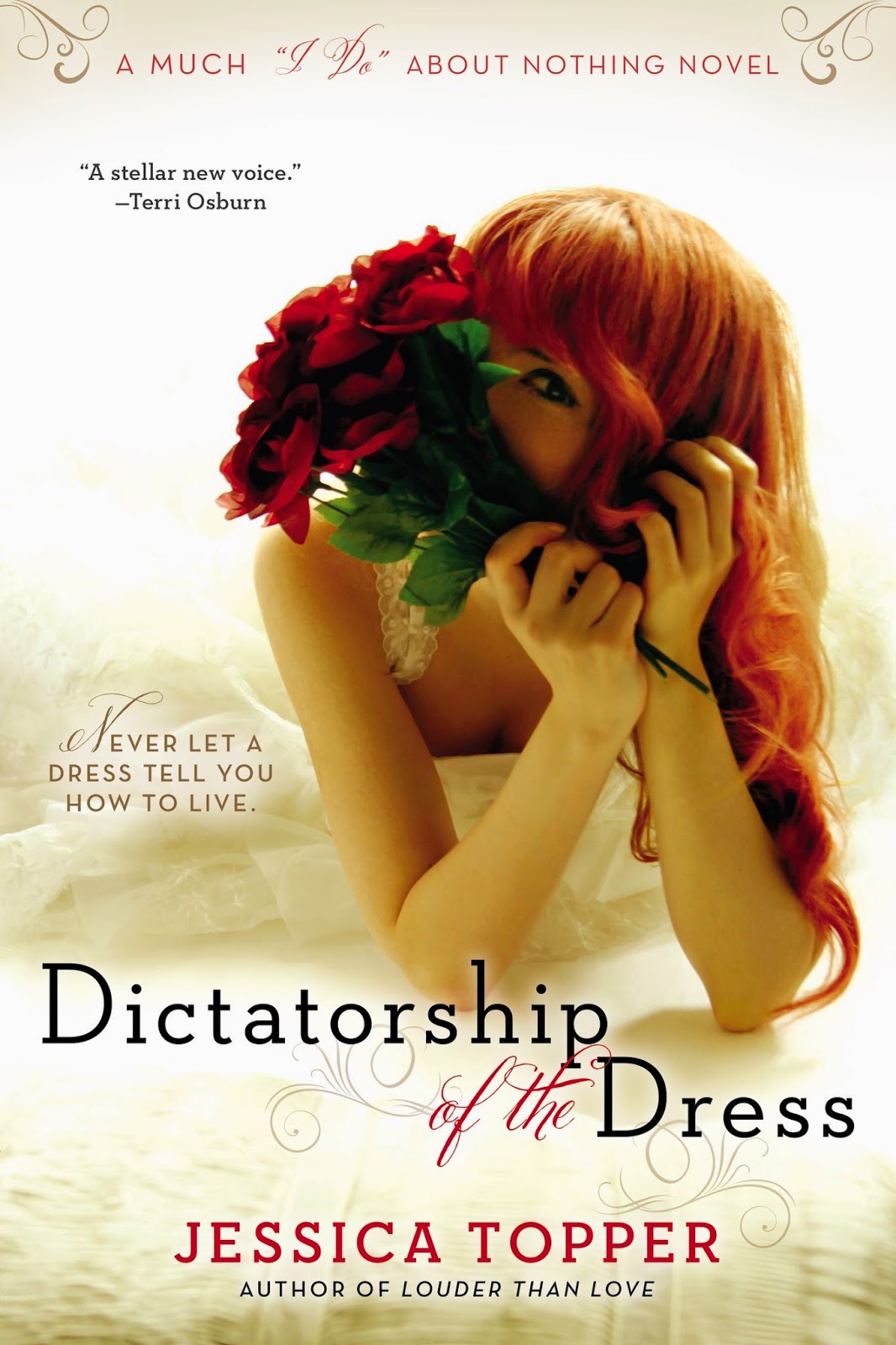 Dictatorship of the Dress finds characters Laney Hudson and Noah Ridgewood stranded in O'Hare airport in Chicago after inclement weather grounds all planes. For Laney, being stranded means failing her mother (once again) since she's in charge of bringing her mother's wedding dress to Hawaii for her mother's fairytale destination wedding.

For Noah, the delay to his Vegas-style bachelor party is almost welcome, since his impossible bride-to-be is making the wedding something he'd rather forget. But when Laney gets mistaken for the bride, and Noah is assumed to be her groom, things get tricky when they find themselves booked into the last available honeymoon suite. Especially since Laney still carries grief over her lost love, and Noah isn't sure he is strong enough to do the right thing.

The idea for the story came after a conversation Topper had with one of her writing critique partners.

"My partner told me the story of her daughter carrying a David's Bridal  bag on the airplane and getting a shout out by the pilot and everyone was fussing over her," Topper said. "I thought that would make a great story. I thought, 'What if this girl was mistaken for the bride? 'What if the guy sitting next to her happened to be mistaken for her groom, but she didn't know who he was?'" And the idea snowballed from there.

Though Topper's story is full of romance, the story line is far from sex obsessed expectations one might have of typical romance novels. Topper takes readers on a literary journey with important and touching life lesson themes. Topper admitted that some of the scenes from Dictatorship were inspired by her own life events, which explains the unmistakeable authenticity of emotion that flows through much of the book.

"I was about halfway through the book when my mother was diagnosed with ovarian cancer," Topper said. "It was very sudden. She was good one day, and then a couple days had some pain and stuff and went in. It was a very quick diagnosis. So here I was halfway through a book with a character dying...and fiction just became reality."

Thankfully, Topper's mother, who the book is dedicated to, is doing well after her treatment and Topper was able to use her experiences as "research" for the story.

But despite the other themes, Dictatorship is still classified as a romance. So, even though it's not the typical romance novel, that's not to say that there isn't any sex or lots of romantic tension at all.

“I think my biggest fear of writing a sex scene is that it’s going to sound totally cliché," Topper said. "I don’t want to use any of those words. I try not to use 'The root of his manhood' or make it really graphic. I love it to be more, almost like lyrical, melodic. I like words that flow and the act of love making, it has to flow... I know what I write is pretty tame compared to what many other writers do.”

With Topper's love for music (and guys with long hair and leather jackets), naturally some of her characters are as musical as her writing style.

“Those (rock and roll) characters just fit me like a very comfortable shoe. Like when I slip back into working on them," Topper said. "So I think almost all my books will have a music element. I listen to music all the time, it’s just always been a big important part of my life. A lot of my writing, my voice, I think is very lyrical in the way I twist words around. It’s very musical almost, so I just think it all ties together.

Topper's drink recommendation for The Dictatorship of the Dress: Spiked Chocolate Bacon Milkshake
"While the Hendertucky would be cool and classy, I really think I have to go with the spiked chocolate bacon milkshake, since it drove (no pun intended) a big scene in the book."

GIVEAWAY
Jessica is giving away a signed copy of 'The Dictatorship of the Dress" to one lucky Folded Pages Distillery reader! Three chances to enter:

You must comment below telling us what you did to let us know! Good luck!