The Darkest Part of the Forest Review 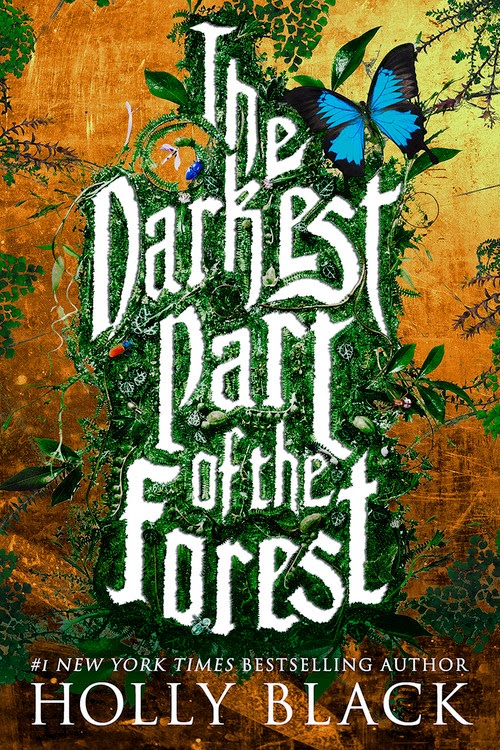 Oh man, was this book disappointing. Especially since it had so much potential and started out like it was going to be amazing.

Hazel Evans and her brother Ben live in a the town of Fairfold. The town might be like any other small town on the edge of a forest, except that their forest belongs to the Fae. It is a place where fairies are not merely tales, but a fact of life. Of life and death.

But first, it is important to mention the glass coffin in the woods, where inside lays a beautiful sleeping elfin boy. Sleeping for decades, with pointed ears, curly hair, and horns, Hazel and Ben imagine he could be a prince.

Sleeping for generations, never waking... until the day he does.

And is it coincidence that when he wakes up, a terrible creature is unleashed on the town? Where once the people of Fairfold were safe from the fae, they reach a point when no one is safe at all.

People, the first third of this book was awesome. The build up, the mystery... everything was intriguing. I admit that the writing style wasn't really my favorite, and Black seemed to think that she had to describe entire outfits whenever she got the chance...

But as a whole, there were parts where I felt genuinely creeped out. I kept turning pages wondering what was going to happen, how everything was going to pan out. I love fairy stories. I love fairies in general, so I was particularly intrigued by the world building. (which was done wonderfully) There was a lot of mystery, the kind where you start at point Z and work your way back to A so you can understand everything, the character building was well done...

And after all that build up, all the "well done-ness", all the mystery and intrigue and "I wonder how this is all going to go down!"... it does go down, and all the awesome goes straight out the window. Half the time I was confused. I didn't understand what exactly was happening. Especially since everything kind of unfolds at the same moment. Not to mention that during that moment the characters are throwing around a bunch of ideas on what is really happening, and once it's said, you're not quite sure which theory was right and which one was wrong. Then, there are only like, maybe 50 pages left for everything Black built up to happen, and it happens too quickly and folds up too nicely.

I feel like it could have been supremely epic. Instead it fell flat the second all the cop outs, easy outs, nice and tidy finishes started happening. Not to mention there were some super cheesy parts that killed the vibe with their cheesiness. Honestly, it was really disappointing. I kept thinking, "I read all of that for THIS ending?"

You be the judge. The first third of the book was great. Maybe the ending was just my opinion, but I didn't think it was well done. In the end I'll say that I don't feel like reading it was a complete waste, but it's not a story I will probably ever read again and definitely won't be adding it to my shelves.

When things are about to go down in Fairfold, our little band of heroes talks strategy over mugs of honey tea. And since it's a favorite of mine for reading, I definitely didn't want to miss a chance to recommend the drink. Maybe some honey tea can soothe the sting of disappointment on this one.
Posted by Folded Pages Distillery at 12:18:00 AM