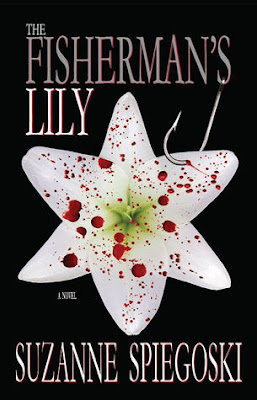 *Given a copy by author in exchange for an honest review


Lily Dietz is NYC homicide detective, she is hot-headed and obsessed with her work. The novel starts with her and her partner, John Fremont, working on a new case that brings out many aspects from Lily's brutal past, aspects she has been trying to forget for years. The killer is targeting Asian-American women and since Lily is Asian-American herself, she feels intricately connected to it. For mysterious reasons, the killer also seems to know Lily very well. Tied up with her brutal past, Lily has a dark family history as well, a dark history that her younger brother CJ is constantly trying to fix. He can't save her from her own demons though, not from their father and not from this serial killer, only Lily can save herself.

Well, this is the first book I have given a one star rating on this blog. I really wanted to give it more, and I tried my best to find things I liked about it, but in the end I still found it to be wanting in almost every way. I don't love crime mysteries in general, especially those emphasizing crime scene investigation (as this novel does), but I have read some that I do like and this didn't turn out to be one of them.

Spiegoski has a degree in Criminal Justice and it definitely shows, I found Lily's investigations to be intriguing at times and definitely detailed. This could have been something really good, but it didn't end up working for me because there were too many details and too much description about things that didn't add depth to the plot, character, or setting in an interesting way. There was a lot of 'telling' instead of 'showing' in general. Large information dumps were difficult to get through, unnecessary details about character's backstories.

There were many grammatical errors and word choice issues that made it difficult/annoying to read at times. It was also very graphic, which isn't necessarily a bad thing in this genre when it's done well, but it felt overdone most if the time and as though it was trying too hard to be gruesome. In many ways the characters, even some of the scenarios and plot devices, were overdone already and Spiegoski could have brought something new or interesting to the table, twisting them in some way, but she didn't (changing the detective's race and gender wasn't enough) and I was bored. The overall story could have been good, but it was very hard for me to see that or appreciate it through all of the other things I found distracting. The end left me dissatisfied as well.

I'll be honest, I wouldn't recommend this book to anyone. However, Spiegoski shows promise in aspects of her story's idea and the expertise her degree affords her. So, I can imagine liking some of her work in the future after extensive cuts, edits, and revisions. This review isn't meant to be a personal attack on Spiegoski, I don't think she should quit writing or that this novel should be thrown in the trash, I just really didn't like it in its current state.