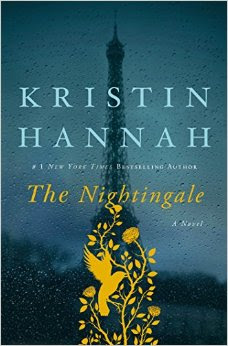 Synopsis from Goodreads:
In the quiet village of Carriveau, Vianne Mauriac says goodbye to her husband, Antoine, as he heads for the Front. She doesn’t believe that the Nazis will invade France...but invade they do, in droves of marching soldiers, in caravans of trucks and tanks, in planes that fill the skies and drop bombs upon the innocent. When France is overrun, Vianne is forced to take an enemy into her house, and suddenly her every move is watched; her life and her child’s life is at constant risk. Without food or money or hope, as danger escalates around her, she must make one terrible choice after another.
Vianne’s sister, Isabelle, is a rebellious eighteen-year-old girl, searching for purpose with all the reckless passion of youth. While thousands of Parisians march into the unknown terrors of war, she meets the compelling and mysterious Gäetan, a partisan who believes the French can fight the Nazis from within France, and she falls in love as only the young can...completely. When he betrays her, Isabelle races headlong into danger and joins the Resistance, never looking back or giving a thought to the real--and deadly--consequences.With courage, grace and powerful insight, bestselling author Kristin Hannah takes her talented pen to the epic panorama of WWII and illuminates an intimate part of history seldom seen: the women’s war. The Nightingale tells the stories of two sisters, separated by years and experience, by ideals, passion and circumstance, each embarking on her own dangerous path toward survival, love, and freedom in German-occupied, war-torn France--a heartbreakingly beautiful novel that celebrates the resilience of the human spirit and the durability of women. It is a novel for everyone, a novel for a lifetime.

I have heard a lot of comments about how if you’re looking for a “real” or “good” WWII novel, you should look elsewhere. As someone who has not read almost any WWII novels, I do not know exactly what that means. Since there seems to be some sort of standard among WWII novel enthusiasts (enthusiasts?) I figured I'd out to throw out my disclaimer first.

The first 200 pages of this novel were somewhat long for me. There were a lot of descriptions that I thought distracted from the storyline. It was later that I realized that those descriptions helped me see the true change in the before and after lives of those experiencing the war. So while the reading was long and slow because of it, I ended up not minding.

The following and final 200 pages became something entirely different for me. There came a point where I almost couldn’t separate my own life and feelings from those of Vianne and Isabelle. We bring so many different life experiences into our reading, and for the final 200 pages I was 100% a mother. Every mother separated from her child, every child who cried after their parents, every family destroyed… I could only see myself being taken from my daughter. I could only imagine my absolute panic to leave my child or watch her die.

Between the story and my own emotional imaginings, I wept for almost the entire second half of the book.

I liked the character arcs these women followed. They felt believable and much changed by war. I thought the tiny romance could have been taken out entirely, but it still grew on me slightly. Since it's entire beginning happened "off screen", I just had a hard time jumping on board with it when it popped up. I thought the story flowed well between the two sisters and the past and “present day” chapters.

This story didn’t feel like an easy read for me. Not only because of the emotional nature, but the way it was written. Even still, it’s going to stay with me forever. Love, Friendship, Forgiveness, Bravery, Selflessness, Hope, Fear, Courage, Heartbreak… I don’t care if this is a “real" WWII novel or not. I thought it was moving and made me want to pay tribute and remember those who lived and died in the war. 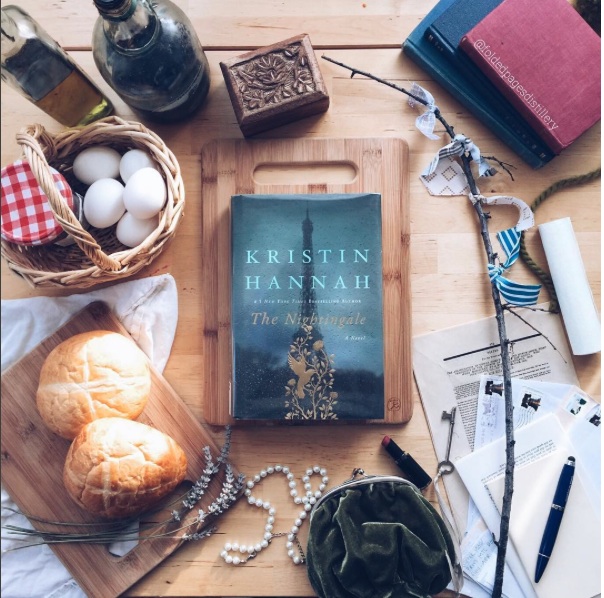