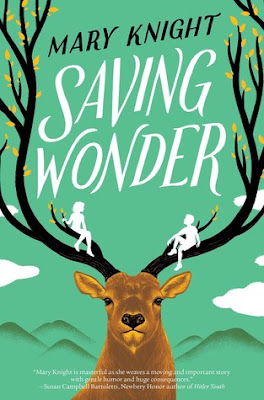 
Synopsis from Goodreads:
Having lost most of his family to coal-mining accidents as a little boy, Curley Hines lives with his grandfather in the Appalachian Mountains of Wonder Gap, Kentucky. Ever since Curley can remember, Papaw has been giving him a word each week to learn and live. Papaw says words are Curley's way out of the holler, even though Curley has no intention of ever leaving.

When a new coal boss takes over the local mining company, life as Curley knows it is turned upside down. Suddenly, his best friend, Jules, is interested in the coal boss's son, and worse, the mining company threatens to destroy Curley and Papaw's mountain. Now Curley faces a difficult choice. Does he use his words to speak out against Big Coal and save his mountain, or does he remain silent and save his way of life?

This was a powerful little story! I have to admit that in the beginning, it started off feeling like a vocabulary lesson, or maybe a school assignment where you had to include all the weeks vocabulary words into a story.

This is a middle grade read, and sometimes I wondered if it would be confusing or even dissuading for a kid to be reading some of the more difficult words throughout the text. THEN, I remembered how I soaked this kind of stuff up as a kid and learned so much this way.

This story will just pull you right along until you’re in. Not only is it a good story, it talks about how words are powerful, and how you can change the meaning of something entirely, just by the word placement.

Each chapter head is a letter, and a word starting with that letter is used/illustrated throughout the chapter. At the end of the chapter, the definition, in dictionary style, is laid out for readers. It was a fun little way to help readers learn new words, and see how their interpretation of what had happened in the chapter change once they had a solid definition to the word.

Curley Hines is such a great character. I love his honesty and his bravery. I thought he was an excellent role model.

Teachers and parents out there, I think this one is a good one to share with your kids. The teaching and themes are a little more spelled out/in your face (not like the more subtle introduction of words and meanings found in A Series of Unfortunate Events) but it still works and I have to say that I did love this story. Not only for the messages of bravery, love, friendship, and loyalty, but the word nerd delighted in the thought that kids would be learning just how powerful words and word craft really are. 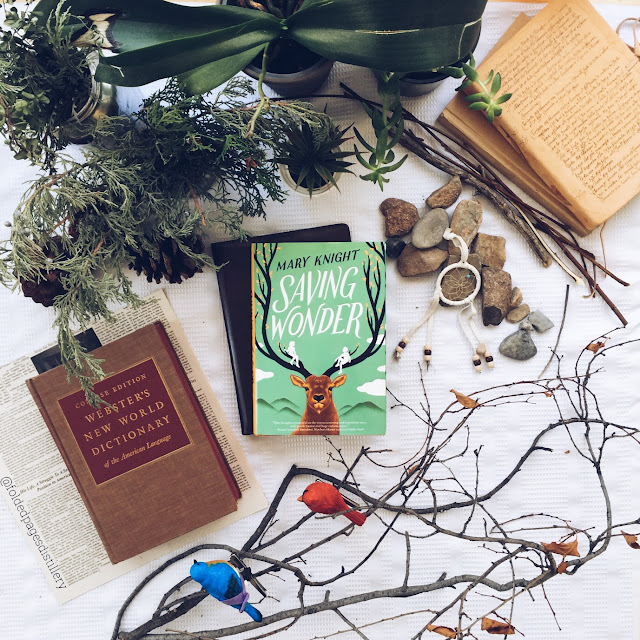