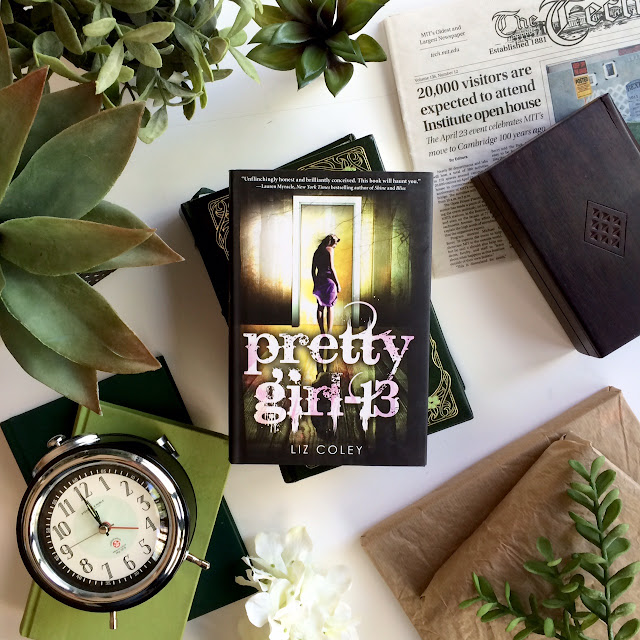 I'm not quite sure what's gotten into me lately as I am really not into modern/drama/or horror books but I seem to keep picking them up.  I've had this one sitting on my shelf and I honestly opened it up because I thought the back cover blurb was one of the most confusing and atrocious things I had ever read.  My mind was blown that such garbage could actually be published (in a hard back no less) and I had to know if the actual book read that poorly.

Back cover so you can feel my pain, confusion, and curiosity:

"Don't fight me, pretty girl," he whispered, pressed against your body, his moist lips touching your ear.

Fight him? Your limbs were soft, weak.  Your knees on the edge of collapse.  You couldn't even take a step, to run, to flee. How could you fight him? Your stomach clenched and the sound of wind rushed through your ears, a hurricane in your head.

Above the roar, you heard a little girl's high-pitched voice call, "Quick. Hide!"

I opened the rusted gate for you to slip inside.

Stabbing pain pierced between your temples.  Still you stayed, frozen in his grip.  We tugged, pulled at you until something broke loose.  For just a moment, you contracted into a tiny, hard point of light, felt yourself cut away from your body.

You hid.  We kept you hidden till it was safe.

It was a long, long time.


That was the back cover.  You feel my pain? Right?  Baffling, and not in a good way.

Anyway, because of this back cover I felt compelled to start the first chapter of the book and see what all this nonsense was about.

And then I got totally sucked into the story.  (Don't worry, that horribleness above is like the second page of the book, and the nonsense levels out into a understandable story really quickly)  What follows is a psychological thriller that reads like a YA Urban Fantasy without actually being fantasy at all.  It was a good thing in my book. 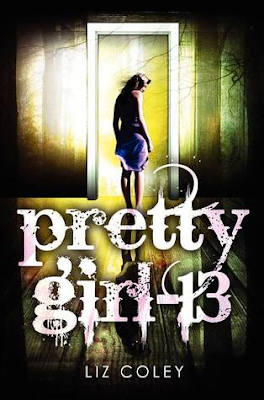 About the story: Angela was kidnapped when she was thirteen and returns home three years later completely oblivious that anything has happened to her or that she's even been missing.  She can account for every second leading up to when she went missing, she remembers exact conversations with her friends, food, not brushing her teeth the night before, etc. but then ... nothing.  No way to account for the thick bands of scar tissue that wrap around her ankles and wrists, her powerfully strong arms, the strange silver band on her ring finger or how should could be the sixteen year old teenage she see's in the mirror.  Clearly something horrible has happened, but she can't remember a thing about it.

Then Angela starts loosing time.  Hours are dropping away and she's finding herself in strange places and embarrassing situations, all the while she anxiously trying to feel like her in her new body and remember what happened to her.

The story was compelling to stay the least.  Lots of mystery that was slowly unraveled.  There were also (obviously) many horrible things that had happened to Angela and thankfully the author lets you (and Angela) know what happened without any hideous details or emotion.  It happened, both you and the character understand it, but there is no gut wrenching heartbreak to accompany it (at least for Angela)... there were still a couple of things that broke my heart... but I digress.

The story was interesting, horrifying, quick, fairly predictable once you get a feel for it, and it wraps up nicely (happy ending), though there was one little mystery that we don't have exacting details on that I would have liked to know more about.  If you stratal the line between YA Fantasy love and  Psychological trillers this maybe be a good read for you.
Posted by Brittney at 7:12:00 AM