Die Young With Me: A Memoir Review 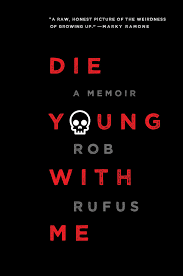 I honestly wasn’t sure if I wanted to read this book when I first heard about it. A memoir about a teen punk who starts a band and gets cancer, compared with the style of The Fault in Our Stars? Just because there is cancer and teens doesn't mean we have to get TFiOS involved. hah. I don’t know, but it just didn’t grab me.

But I gave it a shot and was surprised when I ended up really liking this read. To me, this was an ode to Punk. The music and what it stands for. It’s a coming of age story about how Rob, his twin brother, and some of their friends have a real talent for that music and their path to making their dream of touring and recording music a reality. Except there’s a huge roadblock—Rob discovers he has cancer and it’s pretty impossible to play drums or travel with your band when you’re pumped full of chemo and throwing up.

I was never punk rock, could never really listen to the hardcore punk music for long, but I had a huge thing for punk rock guys and skaters in high school and spent a lot of time with that crowd, even though I never quite fit in.

Reading this book and Rob’s experience woke up this dormant high school nostalgia that I haven’t had in any of my YA contemporary read experiences, and I ended up not being able to put this down.

Rob’s writing is super straightforward I LOVED that. Sure, he had some “moments with a message”, but I really felt like those were very natural parts of the story. I hate when things like this feel preachy, and Rob’s story definitely wasn’t. He told it exactly how it was, and that made this such a compelling read for me. I felt like Rob was someone that I would have wanted to be friends with in high school.

Reading about the struggle Rob had with cancer and the toll it took on his family was rough. Reading about the way he found punk music and the way he started playing drums, and then the progression to where his band “Blacklist Royals" is now was super inspiring. Rob's determination to play the drums and build his strength back up after the chemo really wrecked him gave me some perspective on my own goals and dreams, like I have zero excuses.

I found this to be a super honest look at cancer, a real fun look into punk music, and really inspiring read over all.

Really glad I picked this up and would definitely recommend it to anyone who wants to punk up their TBR. 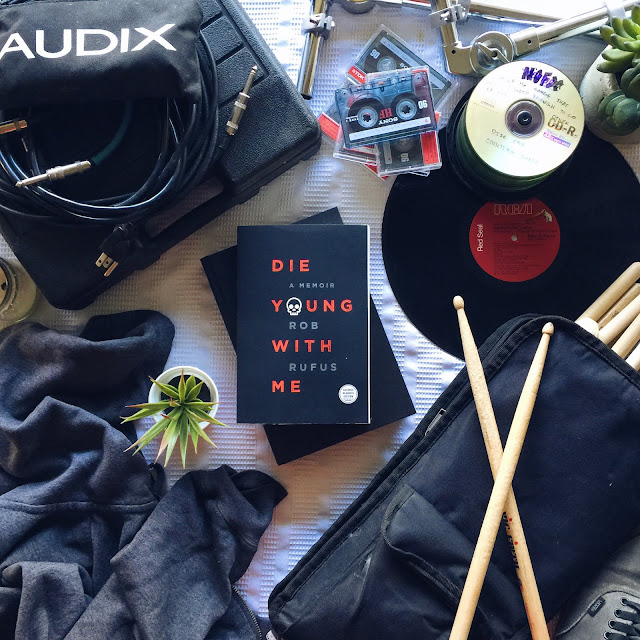