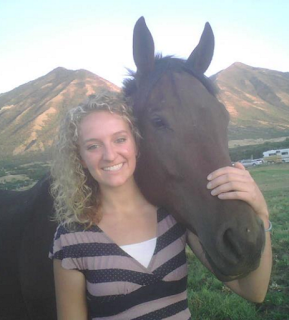 
My life sucks! thought Kate as she listened to Matt drone on and on about the necessity of removing one’s gloves before touching the microscopes.

“We don’t want to get any bodily fluids on the stage adjustments of the microscopes. In particular, we want to keep the ocular pieces clean,” he said, sounding nearly as bored as Kate felt.

She visibly shuddered thinking of the disgusting fact that this conversation was necessary. Oh, my life definitely sucks.

Kate noted that her foot was bouncing up and down, tapping the floor lightly each time it dipped down, and Caroline was eyeing the rhythmically moving appendage with annoyance.  The tapping stopped and Caroline returned her eyes back to their lead researcher.

She should pay attention.  Really, she should.  She was surrounded by genius and yet all she wanted to do was find herself on a beach somewhere far away.

Suddenly she realized that everybody was staring at her, obviously waiting for her to answer a question.

She mentally cursed.   “I’m sorry.  Would you repeat the question?” she gave a little smile of self-deprecation.

“I was wondering, Dr. Williams, what you thought about the change in procedure for preparing live/dead sperm slides,” said Matt.

The prep of live/dead slides changed? I really need to start paying attention.  It was just so hard when these meetings were so dry, so lengthy, and so numerous.

It was not the right thing to say. Matt scowled. Caroline stifled an amused smile. Bruce shook his head firmly in the negative. And Jim rolled his eyes. This was embarrassing. She really needed to start paying attention. She was by far the youngest scientist on the research team, and it was considered a great honor that she had been selected to assist in the quest to determine the role of epigenetics in male infertility.  It was fascinating and exciting to listen to her co-researchers describe the minutia of the translation of mRNA as well as the genetic control of the process.  It amazed her to watch the brilliance of their minds as they solved biological questions that had plagued the human race since the dawn of time.  It was less inspiring to watch them struggle to understand the need to remove their gloves before touching the microscopes after handling a sample of male reproductive material.

Jim said sonorously, “The change in protocol has led to the miscounting of nearly half of our samples.  Obviously we need to revert back to the original procedure.”

“It is decided then,” said Matt, “we return to the original procedure. All in favor say aye.”

All agreed to the proposal.  “Excellent.  Then this meeting is adjourned. Kate, could you hold back for a moment?”
Kate stifled a groan. She was about to hear it now. “Sure,” she said, trying to hide the dread in her voice.

Her colleagues filed out of the room, all casting intrigued glances in her direction before exiting. Matt finally said, “Did you hear back from Nature about your article?”

“Oh,” said Kate feeling relieved, “Yeah, the reviewers tore it apart, but they said they’d like to publish it in the fall issue.”

Matt smiled, “Excellent! I realize that it has taken you some time to acclimate yourself to the procedures of-” but he was interrupted by a loud crashing noise outside of the laboratory.  It was loud enough that Kate lost several of Matt’s words.  The crashing stopped and Matt inhaled to continue speaking when she heard gunshots outside of the lab.  Her eyes widened in fear as several beakers fell from the drying rack above the sink.  The glassware shattered into thousands of pieces just as the door was thrown open.

Three enormous men in black hooded robes stood in the doorway brandishing large assault rifles.  Matt said frantically in that high-pitched voice of his, “You do not have clearance to enter this room!”  His next words were cut off as the man in front turned his gun in the direction of Matt and fired.  Kate screamed loudly as the bullet tore through Matt forehead.  Matt fell to the floor, his mouth hanging open in shock, and his eyes wide enough that they were mostly white.

Kate remained frozen, staring in shock at her dead coworker when one of the men took two hulking steps in her direction and roughly grabbed her upper arm.  He turned his head and asked, “Is this the one, Your Majesty?”

The most beautiful woman Kate had ever seen entered the room.  She wore a shimmering gown which Kate found was difficult to look at.  Her creamy skin was flawless, ageless, almost false it was so perfect.  Her blonde hair fell in thick cascades down her back, and her cornflower eyes…they were perhaps the most gorgeous part about her.  The lashes were remarkably thick and framed her eyes perfectly.  For a moment Kate forgot where she was.  She completely forgot that Matt was dead on the floor next to her as she stared into those lovely eyes.

The woman took two graceful steps toward Kate.  A little smile graced her lips as she said in a melodious voice, “Hello, Katherine.  At long last I’ve found you.”

“Who are you?” Kate managed to say as soon as she was able to formulate words.

“I am Queen Eliana.  I am a friend who has come to save you,” responded the woman.

Her words seemed to make sense.  Kate certainly needed saving, though from what, Kate couldn’t quite remember.  The queen’s smile seemed friendly enough.  And there was something inside of Kate yearning to go with this woman, to please her.

The queen extended a perfect hand and said, “Take my hand, Katherine.  Take my hand and come away with me.”

Kate reached out a hand to go with her when a thought penetrated her overwhelming desire to please.  This is no friend.  She killed Matt!

Kate retracted her hand, indecision apparent on her face.  Matt.  Matt was dead.  Kate dropped her eyes and looked at Matt’s face.  His eyes were open wide and glassy.  Blood dribbled from the hole on his forehead.

“Katherine,” said the queen with anger heavy in her voice, “keep your eyes on me.”

Another struggle ensued.  Kate found herself yearning to obey.  Her soul cried out to obey, but this woman had killed Matt.  Kate brought her eyes up and said accusingly, “You killed him.”

The woman’s eyes narrowed, and for a moment Kate could have sworn that the cornflower color faded, being replaced by a brilliant shade of ruby red.  It must have been a trick of the light, for within a split-second, Kate found herself staring into those cornflower eyes yet again.  Queen Eliana smiled sympathetically and said soothingly, “Oh, you poor child.  Do you not realize that it was you who killed your friend?  He was scolding you for your lack of attentiveness and you simply snapped.  He was dead before he even realized you had pulled a gun.”

Lies! Kate’s mind screamed when she stopped.  Had she really just killed Matt?  Kate inhaled sharply.  She had just killed Matt.  It was such a horrifying thought.  She was no murderer.  She had never even considered killing anybody.  She didn’t even like smashing spiders in her apartment.  Yet, here she found herself branded as a murderer.

A tiny voice in her head screamed, NO! as these thoughts roved through her brain, but that voice was quickly drowned out by the other more persuasive thoughts telling her that Queen Eliana was right.

The queen extended her hand again and said, “Come with me, Katherine and I will protect you.  I will make everything that has happened right.”

Kate extended her hand to place it in the queen’s when she heard the sound of gunshots for the second time that day.  And with the noise of the gun came an agonizing pain in her side.  The bullet tore through her flesh.  It ripped and invaded deeper and deeper inside of her.  Kate screamed in pain as she fell to the floor.

The concrete floor assaulted her body as she landed, but Kate didn’t notice.  What she did notice was how miserably cold the floor felt.  It caused her to shiver and shake uncontrollably.  She closed her eyes as the shaking became stronger and stronger.  It would rip her body apart.  It would cause her to fall into a thousand pieces.

But then she found a moment of relief from the shaking.  The pain of the bullet wound dissipated and her eyes began to cloud over.  She saw the beautiful woman lean over her and again, Kate saw a hint of red in the woman’s eyes.  The queen ripped her eyes up, behind Kate and spat, “Thalia!”

Kate didn’t understand.  She tried to ask what Thalia meant when she faded into the darkness of unconsciousness.

Megan grew up in Sandy, Utah where she spent every free moment of her life on the back of her horse. She attended Brigham Young University, earning a BS degree in Biology in 2009 and an MS degree in Wildlife and Wildlands Conservation in 2011. The title of her master’s thesis contained fifteen words, most of which were chosen to confuse the reader and make the author appear intelligent. During her time at the university, she took a year and a half hiatus from school to serve a mission in Argentina where she made friends with penguins in the gorgeous Ushuaia. Megan also gained a husband during her master’s degree. She frequently describes him as obnoxiously perfect. Currently she spends her days chasing her two young children, wiping tiny yogurt hand prints from her pants, frantically typing on her computer whenever she has a spare second, and teaching freshman level biology at the Brigham Young University Salt Lake Center on Tuesday afternoons.
Posted by Brittney at 4:00:00 AM