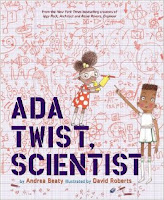 The latest in a series of pictures books that does a great job of disrupting gender stereotypes and makes passions for different ways of exploring the world a great deal of rhyming fun. 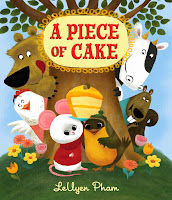 A Piece of Cake
by LeUyen Pham

This is great for non-traditional problem-solving. The mouse trades many things for a piece of cake.  What he ends up using them for is a great surprise. 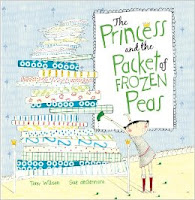 The Princess and the Packet of Frozen Peas
by Tony Wilson


Tired of the same old fairy tales that depict princesses as passive and weak?  This is a great antidote.


Kelly has written two middle readers: The Evolution of Calpurnia Tate and The Curious World of Calpurnia Tate about a young girl living at the turn of the century who wants to be a scientist.  Skunked is an easy reader that introduces Calpurnia to a younger audience.


Great adventures to be had by a new character from the author of The Mysterious Benedict Society. I must admit, I missed the old characters, but this was still a lot of fun. For anyone who likes to figure things out.

The Sun Is Also a Star
by Nicola Yoon


I know I emphasized Everything, Everything in my best of 2016, but this one is also great. Follows the unfolding of a new love using 36 questions that lead to love. Also addresses immigration. The ending made me cry.


A great reminder of the joy that can be found in parenting. I liked this one so much, I immediately gifted it when done.