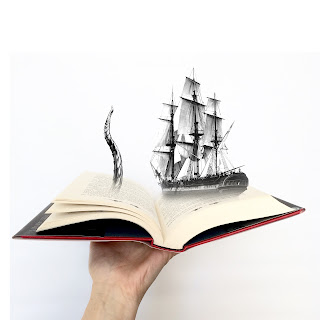 I've been feeling a little bit stagnate with my blog posting and for the last couple weeks I've been thinking about ways to mix it up and get more excited about it. I've got a couple of ideas rolling around for some fun new posts and I'm excited to see what you all think.

Anyway, here I'm going to put my photoshop skills to use for a few mixed media posts and a little game that I'm dubbing "Name That Book".

Each post with have a few pictures with few hints about the book and if you feel so inclined you can guess the book. I'll do my best to keep it spolier free by not choosing telling quotes and changing character names (since I chose really popular books I'm going to change up the character names in my hints anyway). The final picture will be the book reveal.

First Hint: Opening quote of the book
"The boy and the girl had once dreamed of ships, long ago, before they'd ever seen the True Sea." 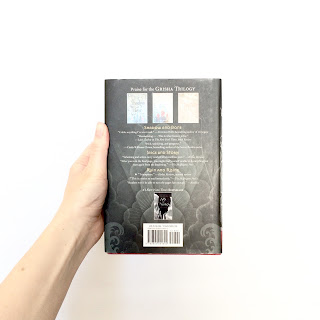 “Watch yourself, Bob,” Tom said softly. “Princes bleed just like other men.” Bob plucked an invisible piece of dust from his sleeve. “Yes,” he said. “They just do it in better clothes.”

“What is infinite? The universe and the greed of men.”

“Why won’t you leave me alone?” I whispered one night as he hovered behind me while I tried to work at my desk. Long minutes passed. I didn’t think he would answer. I even had time to hope he might have gone, until I felt his hand on my shoulder. “Then I’d be alone, too," he said, and he stayed the whole night through, till the lamps burned down to nothing.”

“Oh, and the easiest way to make someone furious is to tell her to calm down.”

​Book Reveal: Book Summary
In case you haven't already guess it, book on is Siege and Storm by Leigh Bardugo. It's part of her Grisha Trilogy and while I definitely liked Six of Crows more this trilogy was still fantastic.

Goodreads Summary of the Book: (This summary is for book two, and has a few book 1 spoilers) Darkness never dies.

Hunted across the True Sea, haunted by the lives she took on the Fold, Alina must try to make a life with Mal in an unfamiliar land. She finds starting new is not easy while keeping her identity as the Sun Summoner a secret. She can’t outrun her past or her destiny for long.

The Darkling has emerged from the Shadow Fold with a terrifying new power and a dangerous plan that will test the very boundaries of the natural world. With the help of a notorious privateer, Alina returns to the country she abandoned, determined to fight the forces gathering against Ravka. But as her power grows, Alina slips deeper into the Darkling’s game of forbidden magic, and farther away from Mal. Somehow, she will have to choose between her country, her power, and the love she always thought would guide her--or risk losing everything to the oncoming storm. 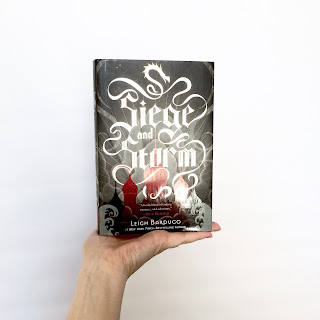