The Ministry of Utmost Happiness Review 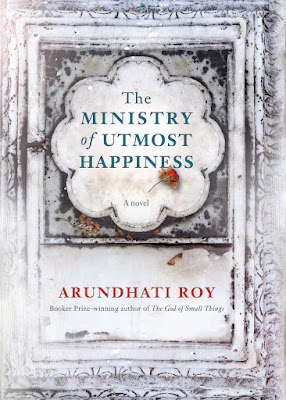 My enjoyment of this book was very uneven. When I first began, I re-read each page because it seemed so dense and meticulously crafted, like poetry. It started out following Anjum, a Hijra, who was born with both male and female parts. She chose to be a woman eventually and joined a house where others like her lived. When her heart was broken by a child she had adopted, she moved into a graveyard.

About a third of the way through, the narrative suddenly switches from third person to first person (and began to follow a different character.) At this point, I became very disengaged. Who was this person who had the audacity to speak from first person as if his story pre-empted the character who seemed so much more prominent up until now? He was an intelligence officer and in love with another character, Tilo, a woman without definite heritage but who casts her enchantment over several men.

Once the narrative settles back into Tilo and then connects her with Anjum, I felt better.

The author tries to combine the personal with the historic. Much of the latter half of the narrative is about the conflict in Kashmir. Maybe I just didn't have enough background information about this topic, but I had trouble connecting with what was going on.

Also, the writing style was very different from God of Small Things. God of Small Things uses very brief sentences and is cinematic in its feel. Ministry of Utmost Happiness was dense with similes that were at times difficult to follow.

The emotional tone hovered somewhere between hope and despondency, never convincingly settling in either camp. Perhaps the graveyard enclave was meant to be hopeful amidst so much despair.

Overall, I enjoyed it, but not as much as I was hoping I would.
Posted by Folded Pages Distillery at 5:20:00 PM