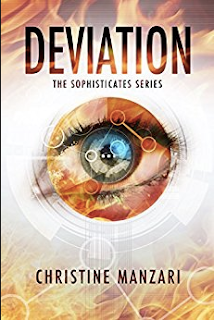 
I felt like this book was kind of an X-men meets Fallen type of storyline. It's got a slight dystopian feel because it's set a handful of years in the future, but not so far in the future that Baltimore, MD and football aren't still common things.

There has been a terrible terrorist attack on the US, and because of this the government has made a class of designer babies, grown and educated to fill the workforce after the sever population decrease. In addition to these workforce ready babies, there is also a class of babies bred to be protect the nation, and a small subset with mysterious powers meant to be trained into weapons.

The book opens with Hacker Hottie Cleo getting shut down hard by the Program, and reminded that she had no rights and is property of the government and that she needs to not do what she's doing.

One things leads to another and she finds herself shipped off to a military school where her desk job genetics stick out like a sore thumb in class rooms filled with bulked up and brawny teens.  The bright spot is meeting a few spunky friends and a mysterious hottie that she's been warned away from but can't stop thinking about.  Strange powers and building and in a school filled with secrets it's impossible to know who to trust.

I thought this was a really fun take on the X-men like super powers.  Not everyone has super powers... in fact only a few people do and its their job to learn to control and protect with them.  I loved the forbidden romance and the kissing scenes were absolutely swoon worthy, I also feel like I got a surprising education in the awesomeness that is roller derby, and the dialogue and snark of the characters was spot on.  I found myself snorting in laugher at a number of the awesome exchanges.

If super heros, and high school drama are your jam I would totally recommend you grab yourself a copy of Deviation. 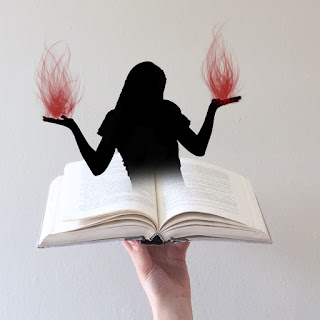