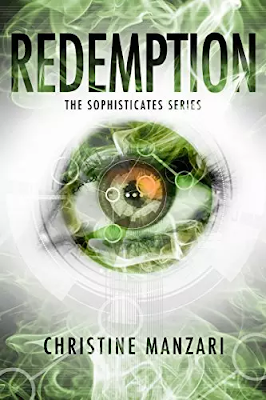 So it's fairly difficult to review the last book in a series without giving away major spoilers for the previous books.

Just to recap the Sophisticates series follows a handful of teenagers with super powers.  They were built by the government and genetically altered to be defensive weapons after a major terrorist attack has taken out huge chunks of the US population.

I will say that this book doesn't take place in the classroom at all.  I loved the character development and getting to see a couple of the side characters at deeper levels.  There was heartbreak, betrayal, romance and revenge and the whole series tied up nicely.

Again I loved the sass of the characters probably more than any other single thing, but there were certainly some nice steamy moments alongside gut wrenching super hero level action.

All in all the book was fun, face paced and full of awesome characters.  Would highly recommend to both dystopian and super hero audiences.