The Daughters of Temperance Hobbs by Katherine Howe (Review) 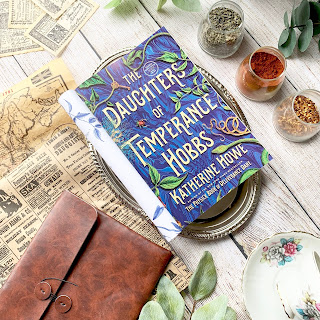 (I was gifted an Advance Reader Copy from the publisher)

I read the Physick Book of Deliverance Dane nearly a decade ago and I remember loving it. I loved how historical it felt. It did a great job of shifting perspectives between Connie (a modern day Harvard graduate student working on her thesis, while also getting tasked with cleaning out an ancient, falling apart and abandoned family cottage near Salem, Massachusetts) and Deliverance Dane, a woman who played a large role in the Salem Witch Trials.

I loved how real it all seemed, Connie’s life and her school struggles were well described and reasonable, and it felt very believable even when the modern portion had hints of the supernatural at play. But even more than Connie’s story I loved reading about the life of a woman during the Salem Witch Trials. Those were my favorite chapters and getting to jump between the two perspectives as things came to a head was a wildly enjoyable journey.

So when I was given the chance to review the second book in the series I jumped on it. The Daughters of Temperance Hobbs follows a similar structure as the first book, and though there were a fair amount of references to the first book I think you could probably read it and understand the important bits even without having read the first.

This book shifts perspectives between Connie (now a history professor at Northeastern working hard to for tenure) and a wide smattering of colonist era women tied up with the Goodwin family (and the family curse).

Again I found I lived for the chapters told from the colonist perspectives. Peeking into the lives of these women and their hardships was compelling (these chapters also held a much higher level of mysticism) Connie on the other hand… I don’t know, maybe it’s because I lived in Cambridge for a number of years while my husband did his own PHD, and I felt like I was getting glimpses of my own future through Connies eyes, but the stress in her life felt overwhelming to me, that paired with her constantly putting off a mountain of tasks had me feeling anxious whenever I read her plot line, and less so for the major storyline plot points than just her day to day living.

With that said, I can also attest to the realness of the descriptions in the book. While living in Cambridge we spent lots of time on the Harvard campus, lived through thesis defenses and professor politics, and got to visit Salem a number of times as well. It was fun for me to read about the familiar chaos of the city, and the amazing amounts of history tied into everyday life back east. So I don’t know if it’s fair to call it a complaint that it seemed to real.

In the end I didn’t think the plot for this book was quite as compelling as the first, but I still thoroughly enjoyed it. It’s clear that Katherine Howe did massive amounts of research both for the colonial era and is well versed in the politics surrounding college professorship.

As a character, Connie made me a little crazy since every chapter felt like reading more about how behind she was, and I felt a sympathetic stressout for her. However I loved the other female characters. Connie’s mom Grace was fun, Zazi was great and all the Goodwin women were fantastic.

If you want to read a fun bit of witchy history, and feel like you are learning some interesting stuff while still being thoroughly engrossed in a mystery (with some bits of supernatural) this would be a great book for you. 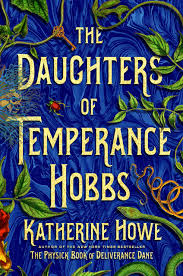