I had a great time at Maggie Stiefvater's Sinner book signing tonight. 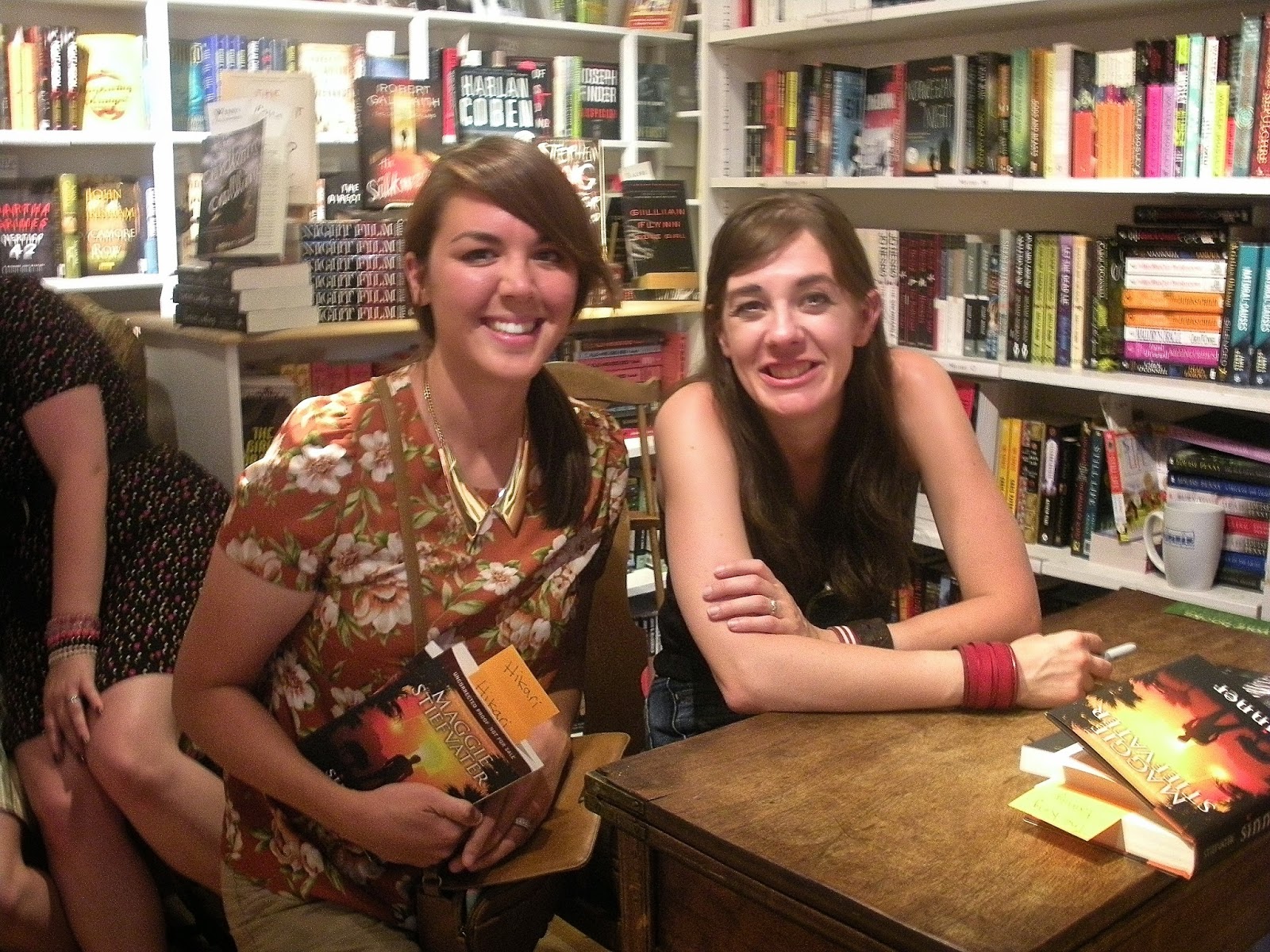 (AR Braithwaite wasn't able to make it with me tonight)

One of my favorite things about book signings is seeing the different personalities of each author.

Some are more quiet or serious, some are very loud, some sneak in a bit of unexpected humor...

No matter what, it is always awesome to hear them speak about their writing experience, tell stories (writers tell the best stories) and some times read from their work.

If we were giving awards here, Maggie Stiefvater would win BEST facial expressions and personal experience reenactments. She had the crowd laughing almost the entire time.
(I wish you could have seen her reenact her meeting with author Susan Cooper. I die.. hahaha)

I was able to sort of captures some of her facial expressions during her story telling.

I call the following two photos "The Maggie Stiefvater Experience" 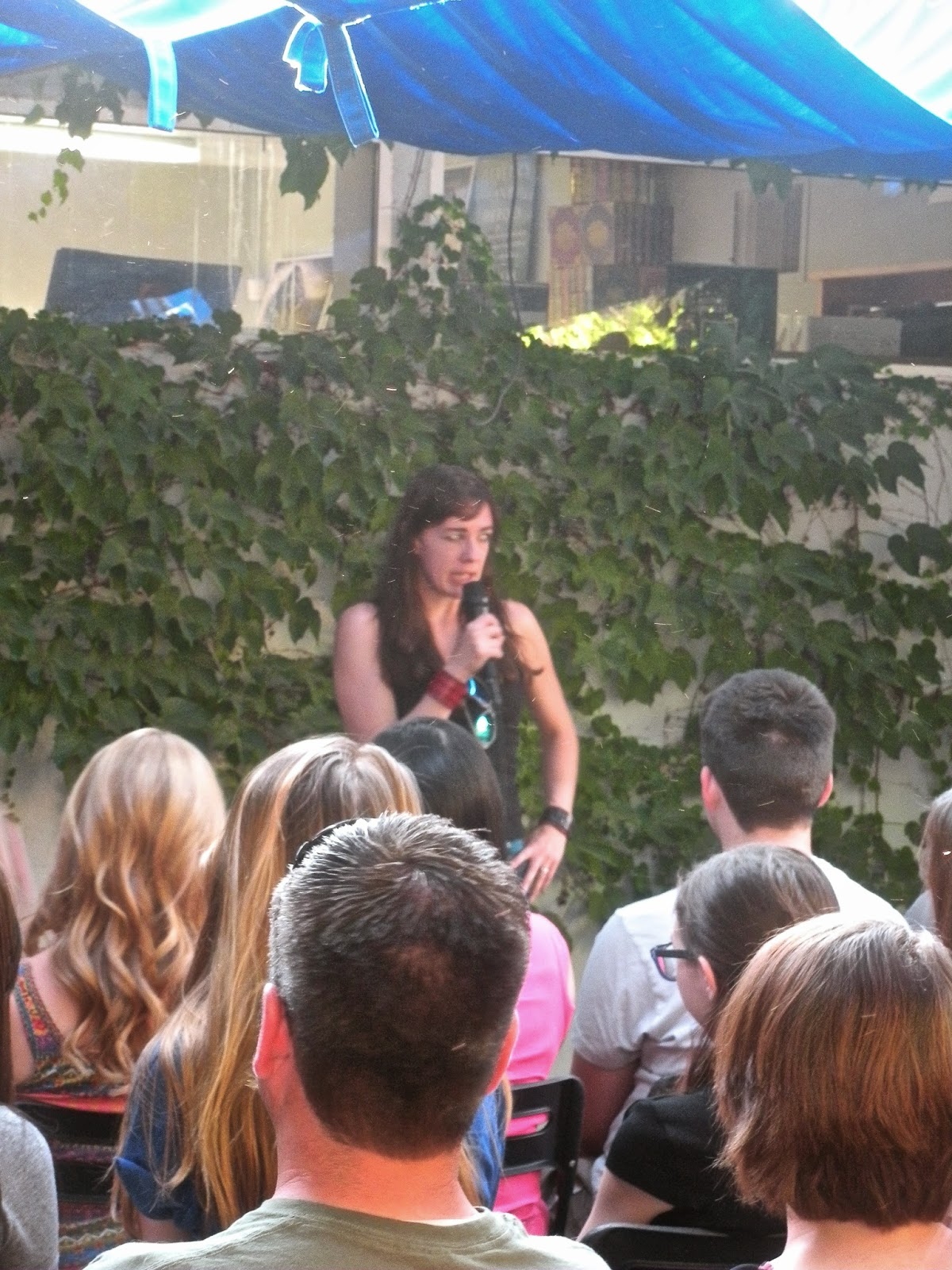 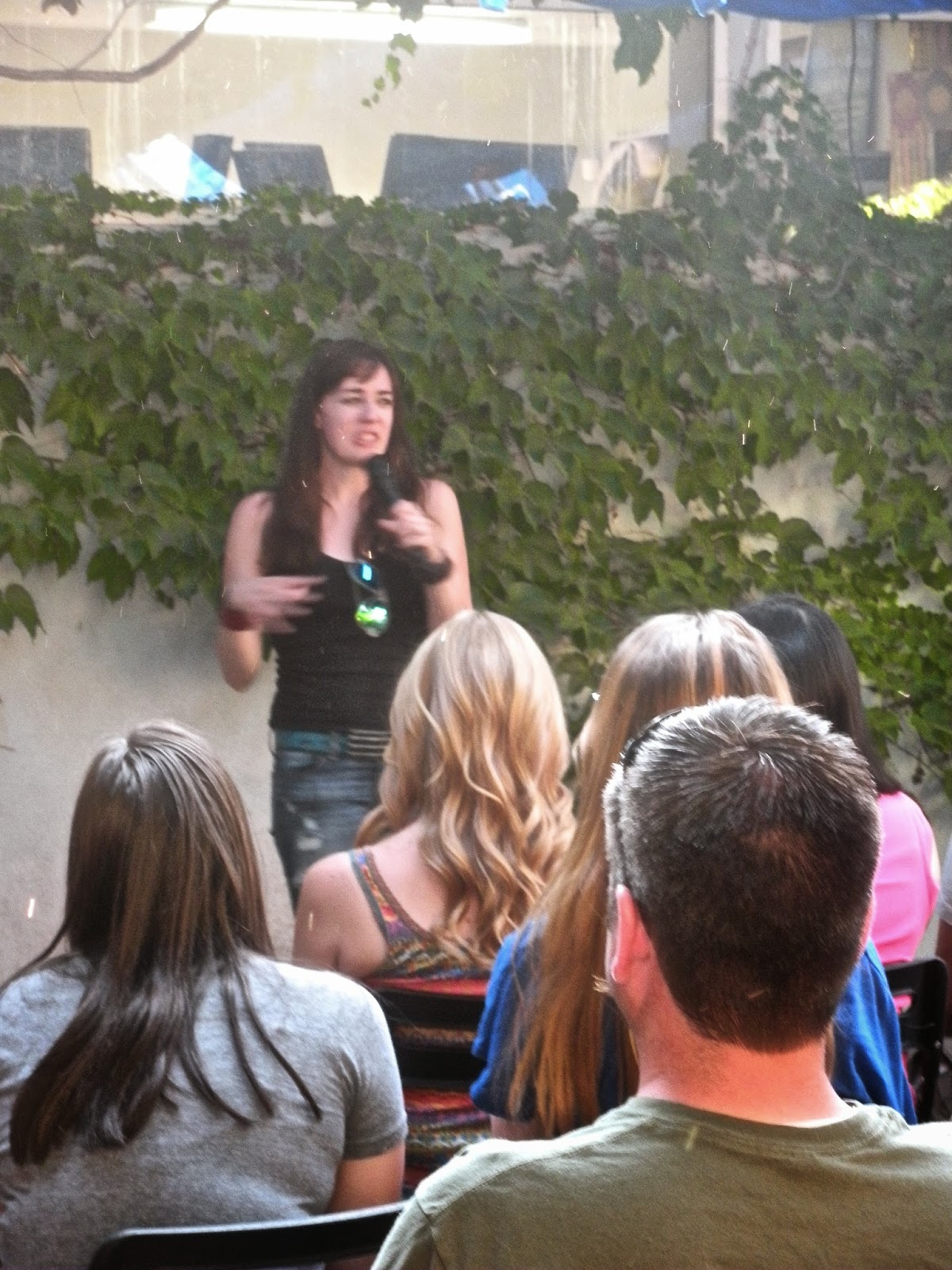 Stiefvater started off with a hilarious description of her band mates from her college Celtic band "Ballynoola", saying that Sinner is the band book that she finally got to write.

But really, the writing of Sinner came after Stiefvater landed in LA and heard a voice (in her mind) say:
"I am a werewolf in LA"

Having already sworn to never return to Mercy Falls again (see her #1 New York Times best-selling Wolves of Mercy Falls Shiver trilogy) Stiefvater noted that the line would be a really cool way to begin a book IF she were still in the business of writing about werewolves.

The move that sealed the deal, however, was when Stiefvater wrote the line on a napkin (and it looked even better written! she said)

"It's like the word of God when I write something down. It is manifest and must be done."

As an extra treat, Tessa Gratton and Brenna Yovanoff, who contributed to a collection of stories called The Curiosities with Stiefvater, were there. 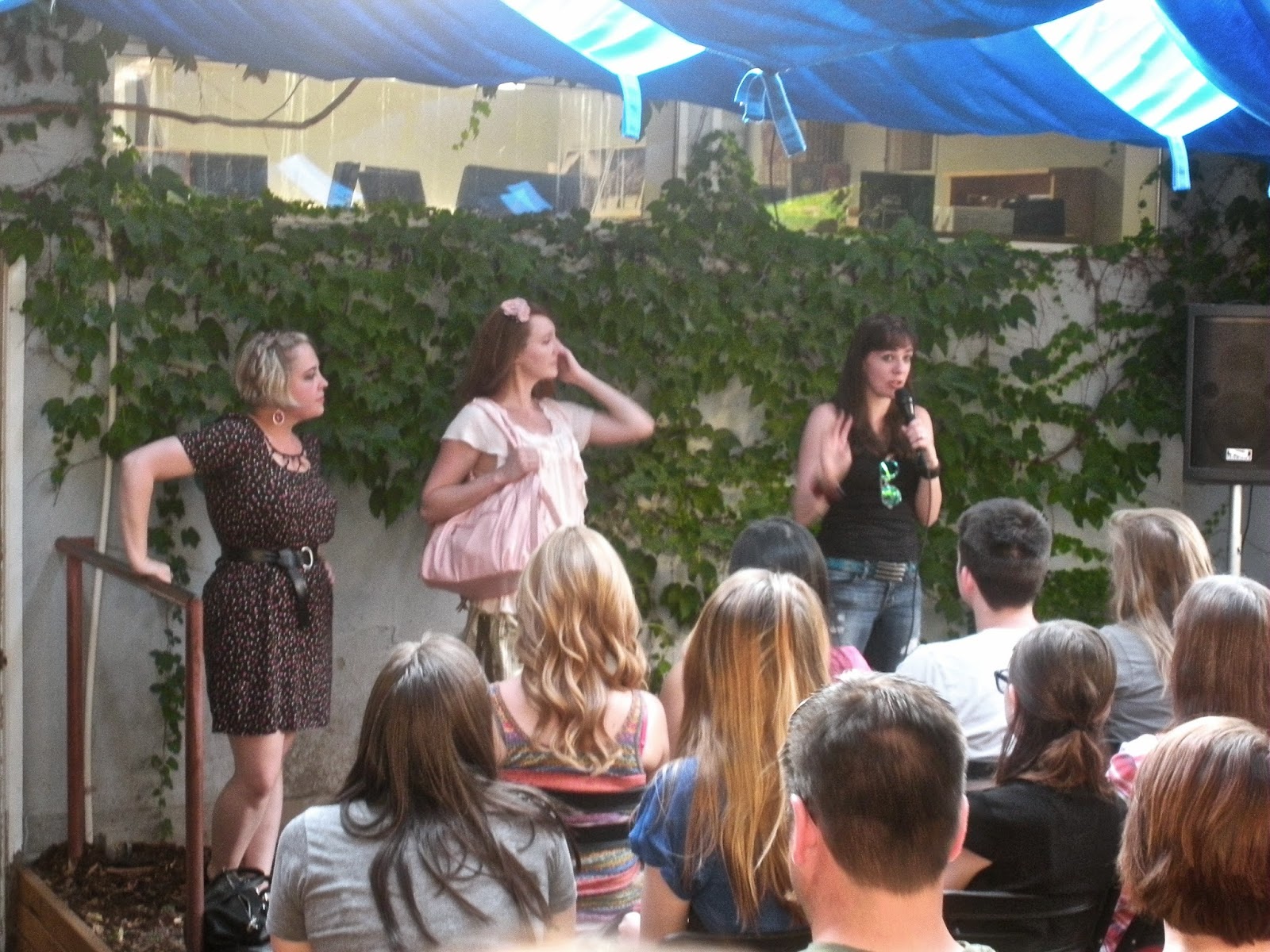 Check out the book wrapper that Stiefvater drew for anyone who purchased Sinner from the book store.

I was kind of bummed that I wasn't able to get one. I got my copy of Sinner from work as preparation to interview Stiefvater, and I couldn't get one with my purchase of The Scorpio Races. BOO! haha. But I still thought it was an awesome little perk for fans who made it to her signing.

I cannot be certain that this is the car that Stiefvater arrived in, but I felt it was very appropriate for this kind of car to be outside her book signing. 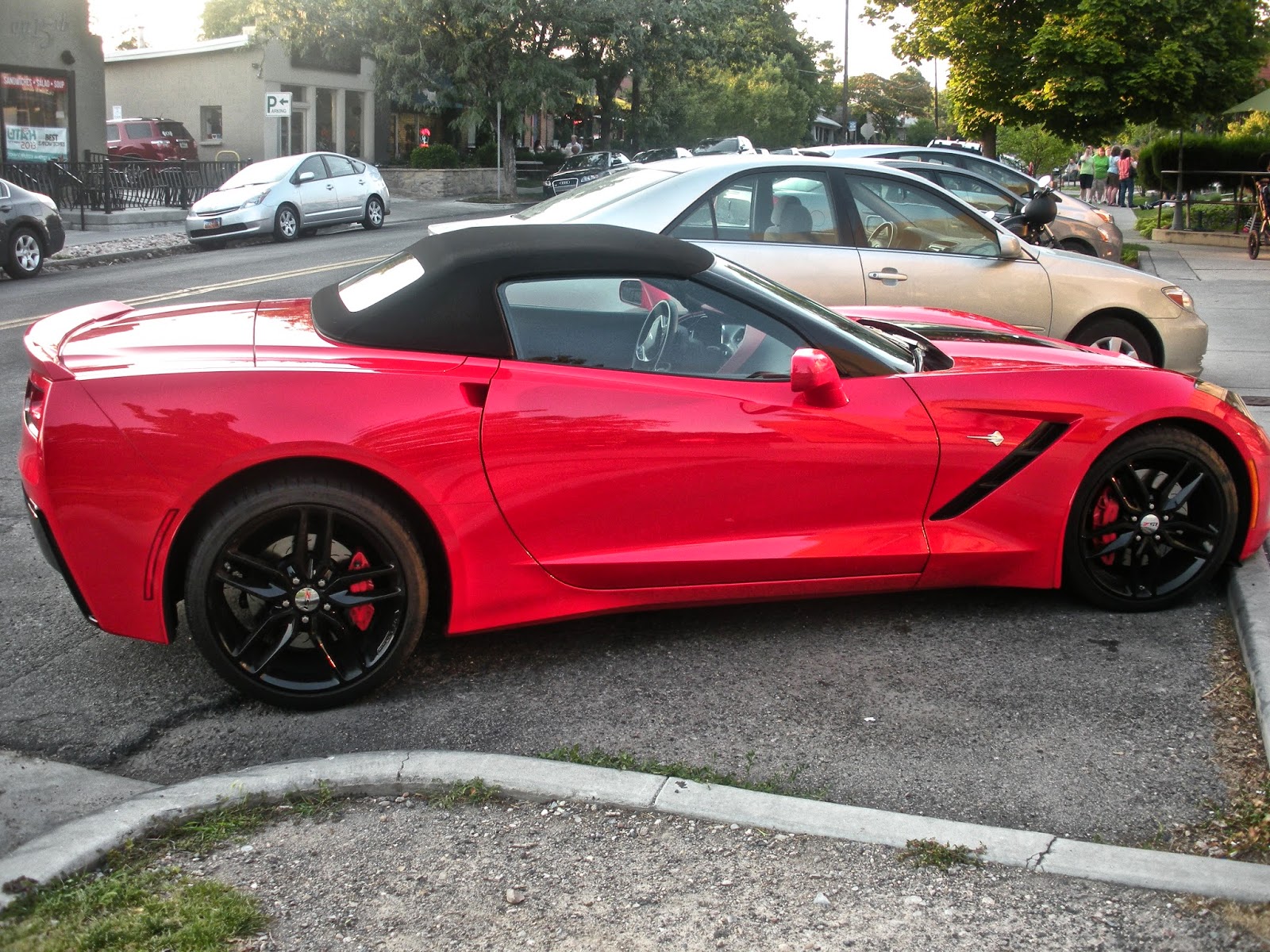 And finally:
Stiefvater said that the final book for the Raven Boys is tentatively set to come out in October!

If you haven't read any Maggie Stiefvater, but have an opportunity to go to one of her book signings, I highly recommend going anyway. If you have read her, I'm sure I don't have to tell you to go. ha.

Read my interview with Maggie Stiefvater for the Deseret News here.