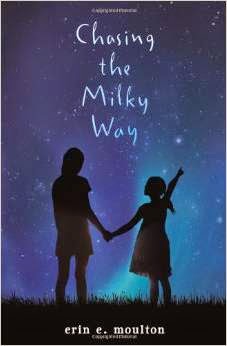 
This book was riveting. I read it in a few hours. It was fresh and surprised me every ten pages. The first surprise was that the main character, who was desperately interested in competing in a robot competition, was a girl. The writing was artfully constructed to lead up to these surprises.
Despite many obstacles, Lucy and her best friend Cam have almost earned enough money to pay for the entrance fee, almost programmed their junk robot, and are almost ready to leave on their trip to get there. But then everything goes wrong. The biggest wild card is Lucy's mother. Lucy's mom has schizoaffective disorder and without Lucy knowing it, has gone off her medicine. She is not doing well. When her mom gets called into talk the principal as a disciplinary measure, the tenuous thread her mother has on reality gets exposed to the world.
Lucy and Cam still want to go to the robot competition, so they, along with her younger sister and mom, fly the coop. And thus begins the whirl-wind adventure.
The strength of the book was its fast pace, but it also was a bit of a weakness. I find myself having to stop a few times to give myself a pause because I needed time to process what was happening. At other places, the details of how scenes shifted were a little unclear because of the fast pace and I would have to re-read.


I have some personal experience with mental illness which made it hard to read at first. The book is a compassionate and believable portrayal of someone with mental illness. But it is foremost a strong portrayal of people who love those with mental illness. Lucy is so mature, making bologna sandwiches for her sister when she can't get the bologna to stay inside the bread, and reminding her mother to take her meds. And Cam is such a committed friend, sticking with Lucy all the way through their mell-pell adventure.
The drink to pair with this book is a Milky Way shake. Swirl chocolate and caramel into vanilla ice cream. Best enjoyed at midnight, by the light of the moon.
Posted by Folded Pages Distillery at 9:06:00 AM