A Safe Place With You Review 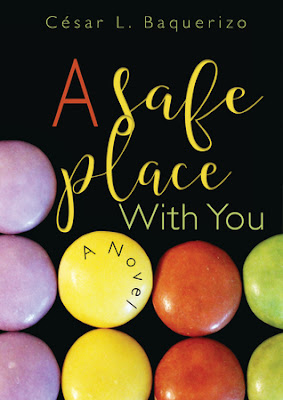 
*Given copy by author in exchange for honest review

The story opens with Tomás hand-delivering a letter from someone who just committed suicide to their partner. Tomás is a young man who cares deeply about others, who always makes it his responsibility to support those around him. And Tomás is gay. In 1990, in Ecuador, where he lives, many people see this as a sin and a crime.


Tomás is sent by his mother to a clinic, Grow and Live Normally, where he is supposed to be cured of his “deviant” ways. He finds good friends there, friends who are full of love for each other, but also authorities who go to great lengths to abuse the patients.


This is an important book, but one that is difficult to read. The hardest thing about this book is that it isn't just a concocted psychological drama. It is based on real clinics. In 1997, homosexuality was decriminalized in Ecuador and many of the clinics have been closed. But outrageously, some are still operating.


In a country that has recently legalized gay marriage, it is difficult to be confronted with the hellish experiences that others face throughout the world.


The writing reminded me very much of Go Set a Watchman. Raw, full of heart, and strongly polemical, it relies heavily on speeches by the characters rather than allowing the message of the story to be evoked in more subtle ways. The plot is also heavy-handed. I felt beaten down after reading this book.


The author comes across as very well informed on GLTBQIA issues. He creates many compelling characters who arise past stereotypes of homosexual people. But he does not seem as well informed about mental illness. He would often refer to diagnoses or treatments that did not make sense to me. I couldn't tell if this confusion was only meant to be deliberate subterfuge by the people running the clinic, or if Baquerizo himself was confused.


This book was definitely more gripping than most of the books I read, and I'm not sure if I would recommend it. It certainly brings awareness to a humanitarian crisis, but you, as the reader, will not get off lightly.
Posted by Folded Pages Distillery at 11:05:00 PM