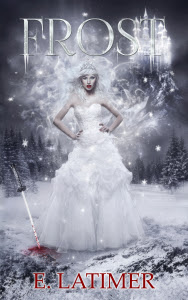 When Megan’s first kiss leaves Adam frozen (literally frozen) her aunt and uncle immediately pick up and relocate from California to Canada in effort to start over.

But things aren’t off to a good start in Canada either. Megan is being followed. When her kidnapping goes awry, Megan finds herself on the run. It isn’t long before she discovers her kidnapper isn’t the only one after her, and Megan learns that she is part of an ancient race of Jotun, or Frost giants.

Megan is taken to the ice palace where she is regarded as a princess, but also severely hated for her possible claim to the throne, due to an insane queen and genetic experimentation. The beautiful ice palace holds the ugliness of jealously and fear—and after being berated, mistaken for a dead girl, and nearly killed, Megan can’t take it anymore. And more, the Jotun are going to war against the Fire giants and they want Megan leading them to battle.

I have to say, the unfolding of this plot was pretty rough in the beginning. Some great leaps and assumptions were made with little information at all. I get that the author probably wanted to spend little time in the human world so the remainder of the story could be spent on the Frost world, but it was extremely hurried and didn’t unfurl organically.

However, the writing is very good, the reading moves quickly, and despite the beginning, I wanted to see where it was going.

The characters are really what make this story. They are a great set of characters and each one adds to the story, even though they don't experience much growth. I did want more world building. Not knowing why the Fire and Ice giants were always at war was a big hole for me.

That being said,there were a lot of things I enjoyed about this. There was clever humor, the story idea and some of the elements that made up Megan’s character were really cool. (things like genetic memory, etc) Also, I'm VERY much looking forward to the romance developing in this story. It was pretty backseat (which is my type of romance. I like a really slow build) and Loki the Fire giant is the perfect romantic interest, in my opinion.

I found that I liked this story and I want to read the next one. I am hoping that the other books will answer questions and fill in gaps from “Frost”.

It might sound contradictory, but I still feel like I would recommend this one, with the understanding that it’s got problems, but it's overall a great story and worth the read. 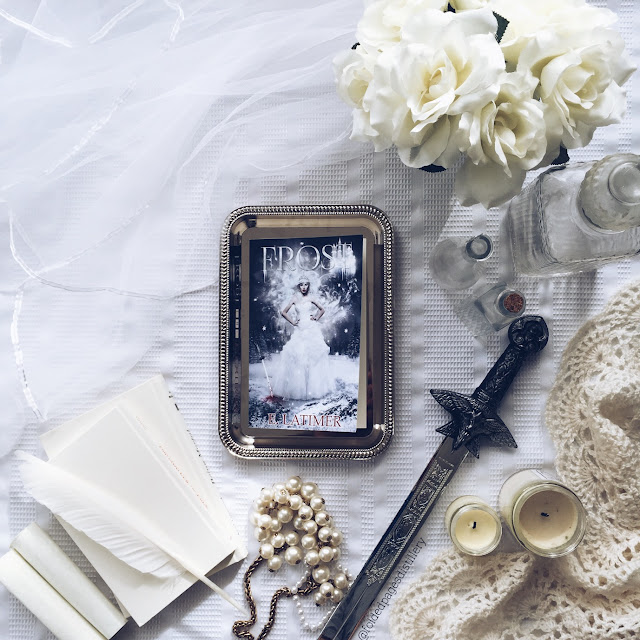