Everyone Brave is Forgiven Review 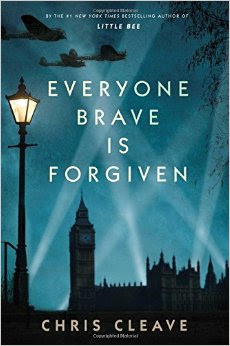 London, 1939.The day war is declared, Mary North leaves finishing school unfinished, goes straight to the War Office, and signs up.Tom Shaw decides to ignore the war—until he learns his roommate Alistair Heath has unexpectedly enlisted. Then the conflict can no longer be avoided.Young, bright, and brave, Mary is certain she’d be a marvelous spy. When she is—bewilderingly—made a teacher, she finds herself defying prejudice to protect the children her country would rather forget.Tom, meanwhile, finds that he will do anything for Mary.And when Mary and Alistair meet, it is love, as well as war, that will test them in ways they could not have imagined, entangling three lives in violence and passion, friendship and deception, inexorably shaping their hopes and dreams.Set in London during the years of 1939–1942, when citizens had slim hope of survival, much less victory; and on the strategic island of Malta, which was daily devastated by the Axis barrage, Everyone Brave is Forgiven features little-known history and a perfect wartime love story inspired by the real-life love letters between Chris Cleave’s grandparents. This dazzling novel dares us to understand that, against the great theater of world events, it is the intimate losses, the small battles, the daily human triumphs that change us most.

The last WWII book I read was “The Nightingale”, which was about the French, the women’s war there, and had me very literally sobbing into my hands after certain passages. It was a heavy and emotionally wrecking story and continues to stay with me.

Everyone Brave is Forgiven was a completely different experience for me. This story in no way made light of the war, yet it was filled with humor, love and a certain levity.

We follow young, rich, and beautiful Mary North of London, on her personal journey through the war. This mostly a love story, but the character arcs are brutally honest.

A little over half way through this book I started to feel like this was a story about how a spoiled rich girl, who didn’t think much of anyone but herself and her own opinions, got through the “inconvenience” of war. But by the time I closed this book I realized it was so much more. The way this storyline went felt so real, authentic, and honest.

I couldn't tell if I liked Mary or not. She was pretty amazing in her spunk, bravery, and in many of her morals and ideals. But she also had a lot of growing up to do. I think Mary's comments and view of the war first in the beginning, and then by the end, are what show her real growth. All I know is that by the end of this book, I believed this story. (I don't know if that exactly makes sense, but I'm not sure how else to say it.)

At the front of the book, author Chris Cleave writes a note to the reader about what inspired this story. I tried to read it first and quit after the first page because I just wanted to get on with the story. But when I finished, I immediately turned to those first pages and the significance was huge. This story is inspired by Cleave’s own grandparents. Though it is not a direct life story or biography of any kind, many of the events and situations in the book actually happened to his grandfather or one of his two grandmothers. For me, reading it AFTER the story made it much more amazing.

Cleave is a genius writer.There were a few rambling parts and my natural instinct is to skim through them. But I really forced myself to slow down and read through those parts and they were amazing. Cleave’s description of sounds or feelings were the most accurate that I have read in a long time. They were so exactly spot on.

I felt like this embraced all the horror of war and its effects on people (mental and physical) but still had space for lots of humor, and lots of focus on the characters.

I loved this from the very beginning. I had my doubts a little half way through on where it was going, and then closed this book with all the feels. I highly recommend this! 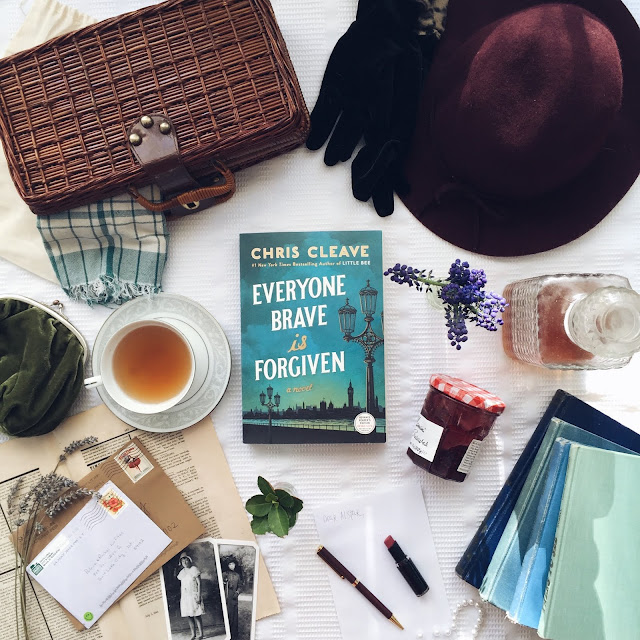