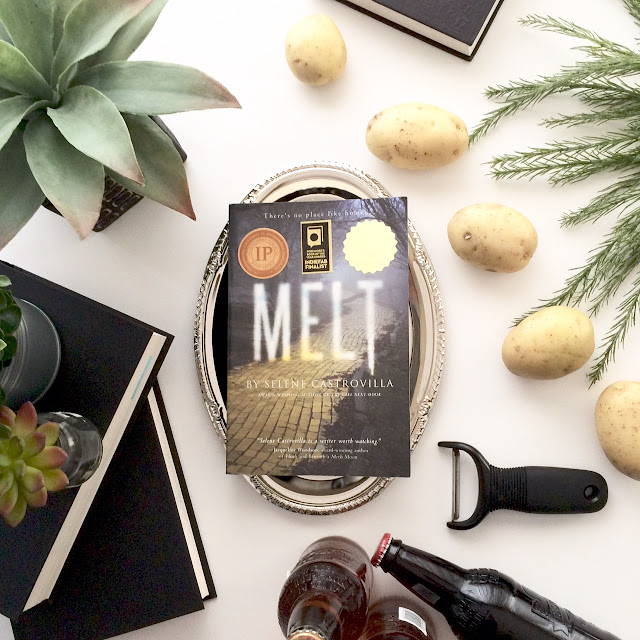 Melt follows the story of new girl/good girl Dorothy as she moves out of the big city to a small town and falls for bad boy Joey who has a reputation for drinking, pot smoking, fighting, and he even has a little prison recored to top it off.

As different as they are they can't help but to be pulled together.  Joey slowly lets Dorothy in on the secret of his tortured world and Dorothy begins to help him heal wounds that run so deep he thought he'd never escape them.

I admit, it sounds a little cliche.

However Castrovilla has a couple of solid things going for it.

1) It's based on a true story, which makes it both chilling, and much more interesting.

2) It's written like a poem. Chapters alternate between Joey and Dorothy and it's fun to read the very different way the two see the world. Dorothy's chapters are longer, written in a standard paragraph form. Her thoughts are complete and written like the care free, secure, educated, loved person she is.

Joey, the very broken bad boy, writes his chapters in short, choppy, stirrings of word. His words aren't flowery but they seem to drift with his thought process which is generally to the point and it comes across as wounded and skittish, in a good way.

3) It's a quick read. So much of the book is told from Joey's perspective that you can breeze through the poetry of the story in a long afternoon.

With that said there are also a few draw backs that made the story a little *meh* for me. 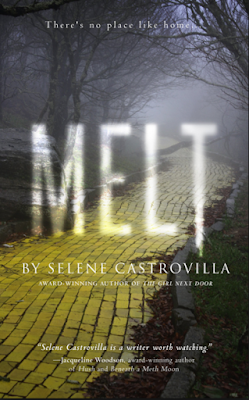 1) Insta-Love. Dorothy sees Joey, thinks he's hot, and can't take her eyes off of him. Joey sees Dorothy, thinks she's the most lovely, fragile, creature he's ever seen. Their hands touch and they both know that they belong together. That despite the vast vast vast difference of their worlds they will find a way. About two seconds later Joey starts laying out the horrors of his life and Dorothy accepts them all without batting a pretty little eyelash. It was intensely instant and I had a hard time believe in the depth of their feelings when everything was so quick and shallow feeling.

2) The claim that its set against the "Back Drop of Wizard of Oz" (not a retelling).  Really it means the book just mentions different "Wizard of Oz" things in the story as it goes alone. I felt that those mentions were distracting and the book would have retained all of its goodness without them.

All in all I thought it was an interesting book and a refreshing way to read. I loved the poem like nature of it (I think that alone merits an applause). I like/hate (because it's heartbreaking) that it was based on a true story, because no one should have to endure or see those kinds of things. And I'm grateful that it ends on a positive note, one where you're cheering for the hero/heroine though it's also a cliff hanger ending. I'm looking forward to reading the second book in the series. Even though I feel like the characters story lines leave something to be desired I feel like I can still recommend it based on the quickness of the read and the uniqueness of the writing.