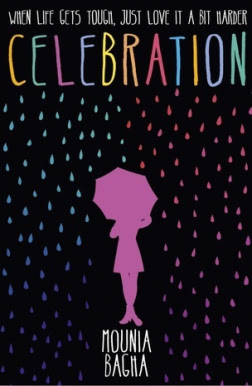 When I was seventeen, one of our neighbors, forty-five-year-old John Glancey, left his wife. Apparently, good old John was living the dream with a girl nearly twenty years his junior. To this day, I still do not understand why on earth a girl that young would want to do Mr. Glancey. It appeared soon enough that John’s story wasn’t breaking news, except to poor Mrs. Glancey of course. Indeed, it seemed as if the entire neighborhood had noticed some significant changes in him. He, who used to be so stuffy and chubby, had started getting in shape. He was becoming friendly—and at times even cheerful. He was terribly enthusiastic about the smallest things, such as impromptu, far-off trips or riding a motorbike. John was looking at life with glittering eyes. And so one day, somewhere between talking and running, he just took off. There was very little drama to it. No Mrs. Glancey helplessly throwing herself at her husband on the street, screaming and crying, and no children holding on to their daddy’s leg. No, nothing else but John loading his suitcase in the trunk of his car then quietly taking a seat behind the wheel without ever looking back.
In a way, I can understand his point of view. Technically, the man had won the lottery; not that Mrs. Glancey was an ugly woman, but by no means would she have been able to keep up with her husband’s new babe. I remember my mom talking about it around the dinner table. She had called Glancey “a disgusting pig” and wittering on about how it was all going to bite him in the ass soon enough. At that time, I was also surprised to see how quiet my dad was. I remember wondering if he, too, had ever considered leaving everything behind—his two children and wife—to start a new life.
Mrs. Glancey was desperately trying to calm down the scandalmongers with midlife-crisis theories. For a while, she spent her time explaining how her loving husband was no exception to the rules that governed men and that a lot of people his age suddenly felt the need to want all sorts of things they just could not have. Obviously, she received tons of support and empathetic nods, but beneath the friendly exterior and good intentions, it felt like John’s getaway made a lot of married couples ponder. They knew what the Glanceys were going through simply because they were asking themselves the same questions John had. They knew that there had to be more to life than whatever they had at the moment, but they wouldn’t dare go pursue all the things they always dreamt of: the endlessly sexy partner, the fancy sports car, never-ending excitement, the thirst for life.
They wanted to feel alive all over again.
And as Mrs. Glancey was dying a little more each day, she was hoping that her Johnny would soon come back to his senses, and eventually to her.

Just like their married neighbors, the Glanceys’ misadventure got me thinking. There wasn’t much I knew about love or even life yet and although I didn’t really know what I wanted to become, I had already a pretty clear idea of what and who I didn’t want to be. So I just sat down on my bed and started writing my to-do list—except instead of filling it with chores and other trivial things that always took me forever to get done, I laid down my expectations. My list was short, straight to the point and without sugar coating. In the end, it looked like something like this:

To-do
I don’t want to wake up in twenty years and be like John. Or his wife.
I don’t want a fancy car. I don’t even want to take my driving test.
I just want to be happy, and I want it now.

Mounia loves to write stories about life, love, and loads of other things that don't necessarily manifest in real life - sometimes for the better. She published her first New Adult novel "CELEBRATION" - a tale about love, life, and growing-up with all the troubles that come with it. When she's not writing novels, she goes for the shorter format and writes pieces for different online magazines that all end-up compiled on her website.

Although she is a self-proclaimed poor social media user, she keeps doing her best, one day at a time. You can reach her on Twitter, Instagram, or via her website and she'll always respond to you and all that, not using the third person. I promise :)