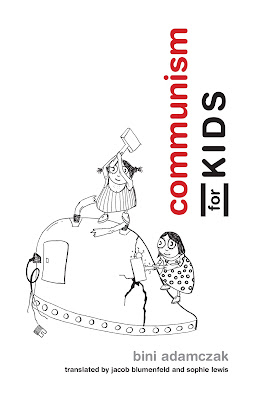 This book is exactly what I was looking for: a book about economic systems that is easy enough for a child to understand and isn't from the neoliberal perspective. Don't be scared off by the use of the word communism: this is not an uncritical acceptance of communism, but rather is used as a blanket term to refer to alternatives to capitalism including anarchism, communism, and socialism.

It talks about how things (rather than people) dictate what happens in capitalism, how merchants became more powerful than princesses, how work became so important and so alienated, and then proposes alternatives to the current system, all in language much easier to understand than what I just used. The goal is to find an alternative that fixes ALL the evils of capitalism, so many of the proposed solutions aren't accepted either.


I don't know why some of the other reviewers have said it is not appropriate for kids, because I have found it to be perfect for use with kids! This is a sorely needed resource now available in an English translation from MIT Press.