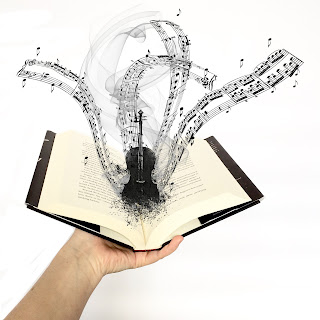 Can You Name This Book?
Hint One: Book's first few lines (Name changed to make it a touch less obvious)
The night Sally Jones decided to burned down the school chapel, she wasn't angry or drunk. She was desperate.

Hint Two: Book Quotes (Names changed to make it a touch more difficult:
“It was a cruel trick of the universe, thought Bob, that he only felt human after doing something monstrous.”

“The beautiful thing about books was that anyone could open them.”

“You wanted to feel alive, right? It doesn't matter if you're monster or human. Living hurts.” 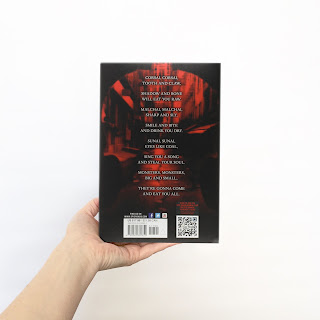 I was really excited to get to see Victoria Schawb in person last year at the Boston Teen Author Festival and even more excited to get my book signed by her in addition to about a million other awesome author and book. In case you haven't read it you need to jump on this band wagon. The book was great and "Our Dark Duet" is one of my most anticipated releases for this year.

Goodreads Summary: There’s no such thing as safe in a city at war, a city overrun with monsters. In this dark urban fantasy from author Victoria Schwab, a young woman and a young man must choose whether to become heroes or villains—and friends or enemies—with the future of their home at stake. The first of two books.

Kate Harker and August Flynn are the heirs to a divided city—a city where the violence has begun to breed actual monsters. All Kate wants is to be as ruthless as her father, who lets the monsters roam free and makes the humans pay for his protection. All August wants is to be human, as good-hearted as his own father, to play a bigger role in protecting the innocent—but he’s one of the monsters. One who can steal a soul with a simple strain of music. When the chance arises to keep an eye on Kate, who’s just been kicked out of her sixth boarding school and returned home, August jumps at it. But Kate discovers August’s secret, and after a failed assassination attempt the pair must flee for their lives. 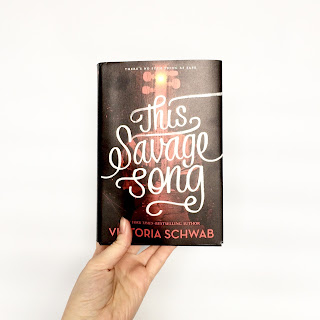