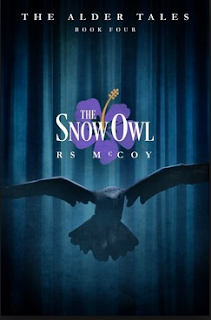 So it's fairly difficult to review the last book in a series without giving away major spoilers for the previous books.

Just to recap, in the "Alder Tales" series each book loosely follows a fairy tale.  Blossom and the Beast = Beauty and Beast, Renea and the Three Bears = Goldie Locks and the Three Bears etc. These books are all set in a dystopian type world where on someones 18th birthday they are given a serum that allows them to transform into an animal (their totem).  Based on their totem they are assigned to live in different parts of the country with totems similar to their own for various reasons (All the people with bird totems live together, all the people with water based totems live together etc.)

Anyway each book, to this points, has been its own story focusing mainly on a pair of characters but still giving us glimpses into our previous characters story lines.  The main character of The Snow Owl was probably Mercer, but rather than focusing solely on her there was a lot of bouncing around to keep track of all the characters and their complicated weave of plotting.

I really enjoyed getting to catch back up with the characters from previous books and I thought a few of them had shown real growth over the series, Blossom most of all.  The final scene took a little too long to build up to for me and the falling action covered a lot, again a little too much for me, but over all the story was fun, in the end everyone was accounted for.  If you enjoyed the previous books you'll probably enjoy this one as well.

Three Stars: I still struggled with the world building in general. I'm fine with people being able to turn into animals, but the rational behind it didn't work super well for me, and I also felt like characters took longer that I would have like processing their feelings, which sometimes made the book feel lone.

Great Things: Really sweet romances, like guys that are good to their women,  with slow burning  romance and for me, when the affection comes, it feels totally authentic and well written.  I like the idea of dystopian fairytale and RS McCoy does a wonderful job writing unique characters that you both relate to and like (both male and female) So for me the enjoyment of these books was based on their fairytale bases, strong female characters, and really believable romances. 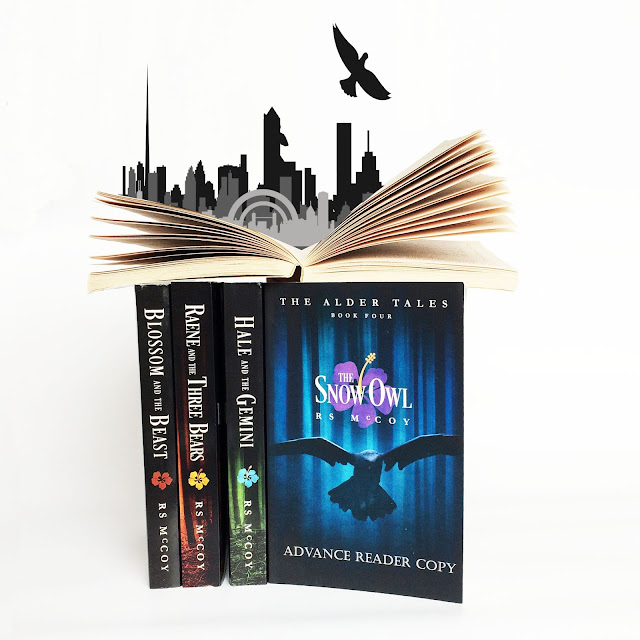